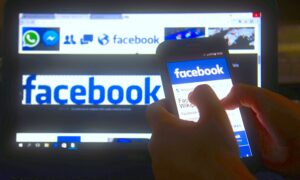 The nameplate of political consultancy Cambridge Analytica in central London on March 21, 2018. (Henry Nicholls/Reuters)
US News

A three-year probe by a British data watchdog found no evidence that the controversial digital marketing firm Cambridge Analytica and its associate company SCL colluded with Russia to intervene in any political processes.

The SCL group, which had links to Cambridge Analytica and was dissolved in 2018, had been accused of using illegally harvested personal data to influence the Brexit referendum and the 2016 U.S. presidential election.

The investigation, which was “one of the largest and most complex ever carried out by a data protection authority,” found no evidence that the companies misused data to shift votes in the British referendum or that they worked with Russia to meddle in any elections, Elizabeth Denham, the top official at Britain’s Information Commissioner’s Office (ICO), said in a report to UK lawmakers (pdf).

“We did not find any additional evidence of Russian involvement in our analysis of material contained in the SCL/CA servers we obtained,” she wrote.

Denham said in the report that the ICO earlier turned over evidence of a Russian IP address found in the data to Britain’s National Crime Authority to look into, but her report noted that investigating how the IP address was used fell “outside the remit of the ICO.”

While noting that the data companies didn’t misuse data to influence political processes, she warned that they employed “poor data practices” and there was “little thought for effective security measures,” adding that if the companies had continued trading, they “would likely have attracted further regulatory action against them by my office.”

Following a year-long investigation into the data breach, the Federal Trade Commission (FTC) in 2019 fined Facebook a record $5 billion for failing to safeguard user data.

Cambridge Analytica has been inaccurately portrayed by some as instrumental in Donald Trump winning the presidency in 2016.

According to CBS News, a key reason for the Trump campaign to work with Cambridge Analytica during the primaries was that it wasn’t certain it could rely on the Republican National Committee (RNC) for data support amid the heated primaries.