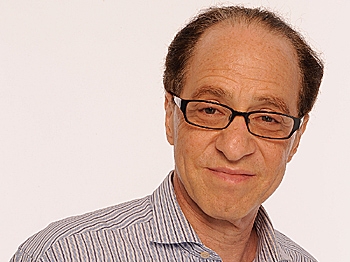 By Shahrzad Noorbaloochi
Print
American inventor and futurist, Ray Kurzweil has been called “the restless genius” by the Wall Street Journal and “the ultimate thinking machine” by Forbes.

He is the winner of over 10 awards including the 1999 National Medal of Technology award, the highest the president of the United States can bestow upon individuals and groups for pioneering new technologies. President Bill Clinton gave it to him for his technological inventions to help the disabled.

Ray Kurzweil has made all of us look bad. Kurzweil holds 19 honorary doctorates. At age 15, he wrote his first computer program, designed to process statiscal data, after his uncle taught him the basics of computer science. The program was used by researchers at IBM.

Now, this man is predicting that by 2029, there will be a race of nonbiological human beings to whom we will have to decide whether to attribute consciousness, feelings, emotions, and basic human rights.

Using mathematical models and various calculations based on economic and technological variables, Kurzweil predicts what he calls, ‘The Singularity’, in which the development of technology and computers will reach an exponential rate of growth. Technologies already present will create new technologies.

According to Kurzweil, computer intelligence is developing so rapidly that it will surpass human intelligence and give rise to even more intelligent technology. This technology can then join human beings so as to strengthen the human and overcome even its most inevitable condition, death.

Keynote speaker for the 2nd Annual Interdiciplinary Graduate Conference on Consciousness at Boston University last weekend, Kurzweil addressed some very interesting and significant consequences, dilemmas, and philosophical issues that arise from the possibility of nonbiological human beings as conscious beings.

It can be said that what Kurzweil sees is a search for immortality. He is said to have an eccentric lifestyle. An article in Newsweek claims that he consumes more than 100 supplementary pills and large quantities of alkaline water and green tea every day, hoping to reprogram his biochemistry.

The search for the fountain of youth may have found it modernized cousin in Kurzweil’s world. Believing in that the advancement of technology can one day lead to immortality, Kurzweil suggests that technological advancement will culminate to a point in which we will be able to effect and manipulate what currently seems like immutable facts of human life.

Through technological advancements, Kurzweil believes we will be able to reverse the aging process and thus achieve immortality. Author of three books, Kurzweil has outlined his views on the convergence of human life and technology without hesitation. It is on these grounds that University of Minnesota biologist, P.Z. Myers has criticized Kurzweil. In his blog, Myers wrote, “It's a New Age spiritualism—that's all it is. Even geeks want to find God somewhere, and Kurzweil provides it for them."

Kurzweil believes that what appears to be eccentric ideas to today’s people will be widely accepted in their own time. Just as his predictions about the Internet were perceived as highly eccentric and unimaginable in the 1980s but were later validated, he believes that ‘The Singularity’ will meet a similar fate, being largely dismissed by the public as weird and unimaginable initially, but then slowly finding its way into reality, infiltrating people’s conventional notions of the world and finally being accepted without any trace of the past resistance.

One thing is for sure, you’ve got to love a man with such an imagination and open mind. The awards, presidential recognition, and 19 honorary doctorates don’t hurt either. But, accepting the possibility of a world infiltrated by cyborgs, artificial intelligence, and nonbiological human beings is a whole other question.