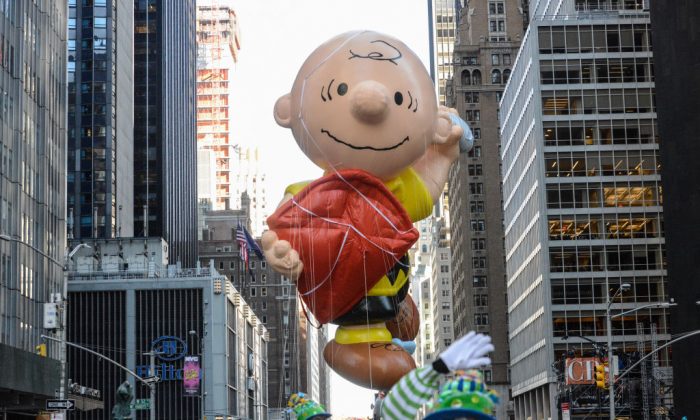 Invasion of the ‘VeggieTale’ Snatchers

Anyone who hasn’t been slumbering under a rock for the past month has caught the news about how members of “Outrage Ranters Corporation”—call them ORCs, for short—have been hyperventilating whenever cherished symbols of Americana burst into the public square.

They’re “woke,” whatever that means, and insist that the rest of us be awakened, as well.

Apparently, the animated show “VeggieTales” now is considered racist because a menagerie of nutcases participating in a “Whiteness Forum” at a California university—where else?—concluded that in the show, whiteness seems associated with good veggies, while bad veggies speak with ethnic tongues. Well, at least the tongues aren’t forked, but the contrast still perpetuates the superiority of white over marginalized colors, goes the argument.

And you certainly don’t want to stumble through life consuming unwoke veggies of marginalized colors, even though two of the good guys, Bob and Larry, are red and green, respectively. Red may be a problem, but green should make ORCs salivate, shouldn’t it?

In any case, ORCs want to snatch “VeggieTales” from us by associating this harmless bunch of pickles, turnips, and tomatoes with racial stereotypes that dog-whistle white supremacy every time the show is on the air. And as we all know, this holiday season is filled with scads of other appalling cultural fixtures, including the “Peanuts“ cartoon strip, “Rudolph the Red-Nosed Reindeer,” and the classic song, “Baby, It’s Cold Outside.”

With regard to the perpetually hapless Charlie Brown homestead, it seems that the gang’s lone black youngster, Franklin, is confined to the back of the bus—or in this case, sitting alone in a lawn chair at the side of a picnic table.

Some of the tweets objecting to this arrangement sparkled with intelligence: “Dude gets invited to Charlie Brown’s by Peppermint Patty. Then he finds out it wasn’t a real invite, a dog is cooking the food, and he’s gotta sit by himself at dinner. That’s ‘Get Out.’”

This chance seating arrangement didn’t actually howl racism; Franklin continued as a regular member of the group, as his 50th anniversary is being celebrated this year.

Still, ORCs march on, attacking Rudolph in a fashion that triggered the ire of Ron Bel Bruno, a self-described “54-year-old gay New Yorker,” who disagreed with his “fellow social liberals.” No, Rudolph’s story doesn’t project “a bad message to children that’s filled with racism, bullying, and homophobia,” he wrote in Newsday. Quite the contrary: Bel Bruno declared the ostracized reindeer as a “kindred spirit,” inspiring for all who have triumphed over adversity and peer disapproval. Sounds right to me.

What about the classic song “Baby, It’s Cold Outside”? Does it really dog-whistle date rape with its line “What’s in this drink?”

The 74-year-old daughter of Frank Loesser, who wrote the song, declares that this is nonsense—it was a joke, a common phrase, remembered by anyone who lived during that era and afterward as a sort of punchline if you felt tipsy or said something foolish. The song came out in 1944, for crying out loud, during World War II. I recall the saying in the years following the war, and nobody associated it with anything as sinister as date rape.

Which leaves us with material that is ripe for parody. Thus, in a pair of “Pearls Before Swine” comic strips, the cartoonist depicts Pig being accused as a “racist little Nazi” for singing “White Christmas” while caroling. The last frame shows Pig asking, “Is it possible we’re all too tightly wound?” The strip’s author, who frequently puts himself into his creations, asks, “Okay, why is the strip being boycotted?”

The next entry is even better. Undeterred, Pig revisits the household and is beaten up for singing about “folks dressed up like Eskimos.” His attacker indignantly states, “The term is Inuit.” Pig returns in the last frame looking disheveled and says that “Christmas is getting much too dangerous,” while the author expresses his concern: “Why are we being asked to leave the comics page?”

Why, indeed. Especially considering a holiday field rich with targets for grinchy, grouchy ORCs. Consider Frosty the Snowman, for instance. Frosty is white, naked, smokes a pipe, wears a robber baron hat, and his features are outlined with chunks of coal! That’s enough to make any ORC’s head explode.

Additional questions remain. Why does holly, jolly Santa Claus have a white beard, while Blackbeard is a pirate? Why are the White House, mashed potatoes, and passing lines on highways all white? And shouldn’t the movie “Elf” be banned because it promotes size (sizist?) discrimination? Minds reel with incomprehension.

I suppose that to an ORC, if you can’t figure out what’s wrong with “God Rest Ye Merry Gentlemen,” there’s something wrong with you. Certainly, they would insist that some of our other “Favorite Things” in season year-round require scrupulous attention, lest their “message” damage impressionable youngsters.

Thus, be sure to understand that Annual Winter Precipitation Color Bereft Person of Female Persuasion and the Vertically Challenged, Mine-Dwelling, Ax-Wielding Deplorables—aka Snow White and the Seven Dwarfs—must be examined carefully. (By the way, the dwarfs must be deplorables because they work in a mine.)

Okay, enough, already. Parting advice: Settle down, suck on a candy cane, make angels in freshly fallen snow, and dismiss the thought that they’re all white. Our holiday seasons are for all of us, regardless of race, gender, or ethnicity.

Perhaps if we ignore the ORC’s preposterous objections, they’ll get the point and leave the rest of us alone.

Marvin Folkertsma is a retired professor of political science and a fellow for American studies with the Center for Vision and Values at Grove City College. The author of several books, his latest release is a novel titled “The Thirteenth Commandment.”