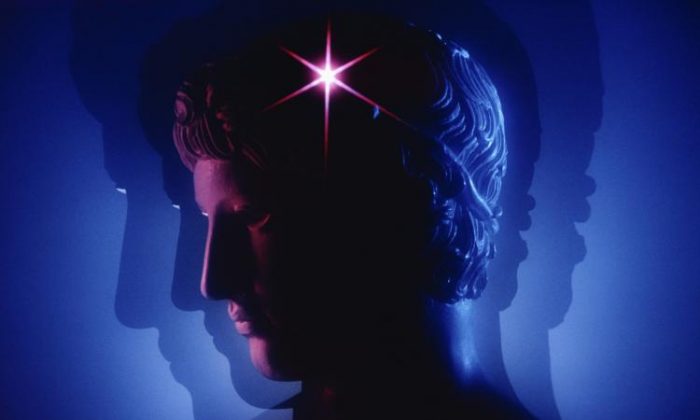 Do we possess a sixth sense? (Photos.com)
Beyond Science

Intuition: The Sense That Defies the Physical

“The only real valuable thing is intuition.”—Albert Einstein

“Happy; angry; happy … definitely happy.” As a machine monitored his brain, 52-year-old “Patient X” did not seem to be guessing faces at random despite having suffered two cerebral hemorrhages that had seriously damaged his brain’s visual processing center.

Though blind, Patient X was presented with photographs of faces expressing fear, happiness, and other emotions, and correctly perceiving them at a percentage much higher than would be expected by pure chance. Could this be a means of “sight” that lies outside of ocular vision? Or is it simply a mode of receptivity yet to be recognized?

Dr. Alan Pegna from the University of New South Wales in Australia and his investigation team in Geneva, Switzerland, were amazed at the results seen in the study. During the scan, Patient X’s brain showed marked activity in the right amygdala. The reading was identical to that made by a subject with an undamaged brain engaged in the same activity.

For many neuroscientists, the recent experience with Patient X suggests an exciting possibility—adding one more sense to the five thus far known. For others, it is no more than science’s prelude to investigating the already well-known, and time-honored, capacity of intuition.

Although intuition has had little scientific recognition over the last century, the acknowledgement of this ability has gained momentum in the field of neurophysiology in recent years. This supposed capacity to know about things that have not yet happened, far-away events, or imminent changes in the immediate environment has been well known by basically all native peoples across the world for millennia—despite its long-held rejection by skeptical scientific circles.

Hypersensitivity or the Sixth Sense?

“The sea has brought up hundreds of human bodies, but there is not a single dead elephant. Nor is there to be found even one cat or hare … it is very strange that no animal deaths have been registered.” These observations made after the Asian tsunami in 2004 by a Sri Lankan government official raises some interesting questions.

Notably, do animals have the capacity to sense imminent danger? How did they escape the tsunami? Only minutes before the sea surged forth, tearing up more than two miles of solid earth, the animal life fled desperately toward the high areas of the island.

At the same time, the native tribes in the region, having 60,000 years of contact with the natural environment, emulated the animals’ behavior and also fled to higher ground. The result was that practically all of the native inhabitants survived the water’s harsh onslaught.

But how exactly did the indigenous peoples and animals perceive the imminent threat? Is it reasonable to suggest that intuition is responsible? And if so, how does this enigmatic biological mechanism work?

The answer, of course, is not as easy to articulate as the question. According to some investigators, the native people of the island have, over the years, developed important lessons from living so closely to the natural world.

For example, they felt the resonance of the footsteps of the wild elephants as they rushed toward the interior of the island, and also took note of the strange behavior of the dolphins, iguanas, and the wild revolt of island birds. In this way they effectively managed to perceive what modern radar systems, which were not functioning on the date of the tsunami, could not.

According to an article in the popular publication Science, investigators from Washington University, St. Louis, say that the indigenous peoples’ key to anticipation lies in an area of the brain known as the anterior cingulate. This section of cerebral geography becomes active in situations of environmental change imperceptible to the conscious mind, but is nevertheless necessary for the survival of the individual.

Yet to understand how animals intuited the coming tsunami in the first place may be an even more difficult task. Some animal researchers suggest that clues such as changes in air pressure, subtle vibrations felt emanating from the ground, or the faint sounds of approaching waves—cues otherwise imperceptible to human senses—may help clue some organisms about a coming danger.

However, many scientists believe, in this case as well as with Patient X, that there must exist a different method through which life-forms may perceive their environment—different than via sounds, vibrations, smells, images, or taste. It is documented that birds and other animals abandon an area just before a volcanic eruption.

In the same way, Chinese biologists have made studies determining that several minutes before an earthquake, the cats, dogs, and other domestic species of an area become quite agitated and in some cases even howl, bark, or meow uncontrollably. The investigators describe that during these episodes, snakes abandon their holes, birds flutter in their cages, and rats run around frantically.

The initial experiment was simple, consisting of 40 volunteers and one pair of photographers per test. The director of the experiment, Ronald Rensink, Assistant Professor of Computer Science and Psychology at the University of British Columbia, set out to describe how car accidents were caused in cases where the drivers responsible for the collisions did not see the cars they crashed into. The study was published in the journal Psychological Science.

Initially the volunteers were shown a photo of a road, which refreshed periodically with an identical image. At a random moment during an image refresh, a change to the image was made—items were removed, altered, or added, for example—and these alterations, even when significant, were often found difficult to perceive.

The test required that the subjects press a buzzer at the moment they noticed a change in the sequence of images. A big surprise came during the experiment when a few of the volunteers asked Rensink if they had to press the buzzer only when they actually saw the change, or if they could press it at the moment they intuited that a change was going to come.

This changed the investigation drastically. Rensink noticed that not only did the majority of the volunteers realize at the exact moment that the change was made, but in addition one-third of the subjects buzzed immediately before the changed picture was shown.

This study appears to demonstrate that intuition could well be an extrasensory way of detecting infinitesimal changes in the environment. It suggests that we may have a capacity to perceive stimuli impossible to detect with even advanced technological devices.

So can we take steps to improve our intuitive capabilities? What would such improvements require? And why do animals appear to have a better intuitive sense than we do?

Ancient people, intimately tied to the cycles of nature, took great pride in their intuitive visions. Some suggest that as contemporary man increasingly relies more on technology for his understanding of the world, his intuition atrophies as a result. In our modern culture, intuitive notions are often discouraged in favor of something that can be more easily verified.

As science struggles to acknowledge this astonishing human ability, does our advancing technological environment also suppress our innate intuitive gifts?