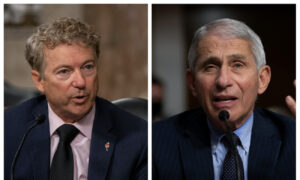 HOMECOMING: The Intrepid Aircraft Carrier, a WWII workhorse, returned to its Hudson River Dock on Thursday after a two year renovation.
US

All Hands on Deck!

By Johnathan Weeks
biggersmaller
Print
NEW YORK—The aircraft carrier Intrepid cruised into Manhattan’s West Side Pier 86 on Thursday. Four tugboats eased her into her berth at west 46th street as an enthusiastic audience cheered and applauded.

The Intrepid has been missing in action for two years while undergoing an extensive renovation at Staten Island’s Homeport. In the meantime, her permanent home, Hudson River Park’s Pier 89, has been completely rebuilt.

The aircraft carrier is a decorated veteran of the World War II Pacific Theater. She was dubbed “The Ghost Ship” by Japanese soldiers because she returned every time they thought they had permanently put her out of commission

On October 5, 1944, her aircraft were heavily involved with an offensive that left four Japanese aircraft carriers and one destroyer on the sea floor.

The first major damage the Intrepid received was on Feb 17, 1944 from an aerial torpedo that struck 15 feet below the waterline on her starboard quarter. This impact jammed her rudder hard to port. Racing the port screw while keeping the starboard engine at an idle was the only way Captain Thomas L. Sprague was able to keep her on course.

Two days later, heavy winds pointed her directly in Tokyo’s direction. “Right then I was not quite interested in going that direction,” said Sprague in a later statement. The sailors fashioned a “sail” out of hatch covers and loose canvas that was able to swing her back on course. On Feb. 24, 1944 the Intrepid sailed back into Pearl Harbor for repairs with her hodgepodge sail proudly displayed.

The Intrepid played a crucial role in the rest of the Pacific Theater. She sustained multiple Kamikaze strikes while damage control crewmembers steadily maintained combat readiness. The crew extinguished fuel fires and patched holes in the deck so flight operations could continue throughout her deployment.

Responsible for the majority of Mercury and Gemini astronaut retrievals, the Intrepid remained useful for longer than many ships of her vintage. She completed three tours in Vietnam and was an active anti-submarine boat as well.

Now the aircraft carrier is a New York landmark and an important sea, air, and space museum. The refurbished Intrepid features a flight deck filled with aircraft that span generations. Inside, there is a more interactive, hands-on feel than before and she features updated multi media and electronic interactive displays. The Intrepid will re-open to the public Saturday, November 8 this year.