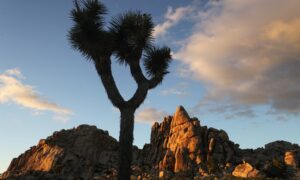 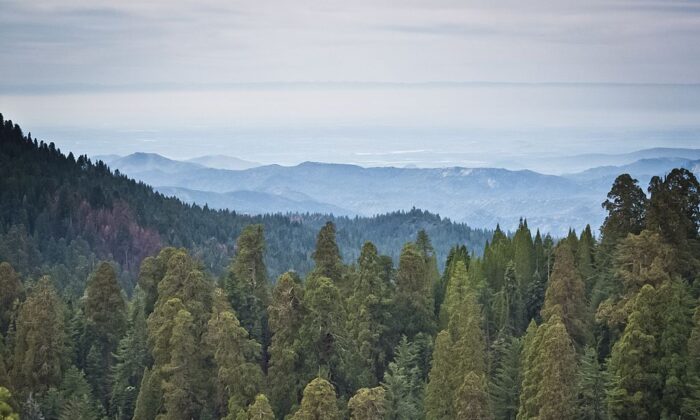 A picture taken March 9, 2014 shows Giant Sequoia trees at the Giant Forest at Sequoia National Park in California. Five of the ten most massive trees on the planet are located within the Giant Forest. (Mladen Antonov/AFP via Getty Images)
Southern California

Into The Wild: California’s National Parks Brace for Record Year

Crowds of post-pandemic travelers are flocking to California’s national parks in record numbers.

Sequoia and Kings Canyon National Parks, sitting on 865,964 acres of Giant Sequoia forest, is reportedly on track to break records in both visitation and search and rescues.

“Along with the visitation, it’s probably our highest [search and rescue] year yet.”

The highest visitation year for the two national parks was in 2017, with more than two million visitors, “and these numbers this year are rivaling those numbers,” Kawasaki-Yee said.

At this point, she said, the parks are experiencing “probably 10 and 20 percent higher” visitation numbers than the busiest year on record.

The parks recorded their highest weekend visitation on record during the weekend of the New Year’s 2021 holiday.

“After the New Year’s holiday, we saw the highest visitation, even compared to middle of summer years prior, which was amazing to see,” Kawasaki-Yee said.

“That’s when we really like started to see that people were getting outdoors. They were tired of being home during the pandemic and they were definitely finding their parks. Ever since then, we’ve definitely seen high, high numbers of visitors here in the parks, compared to even our busiest year.”

An increase in search and rescue missions resulted from people pushing themselves to go on wilderness trips or backpacking trips, even when unprepared.

“We want you to have those new experiences, but we want you to be as prepared as you can, and really know your limits,” Kawasaki-Yee.

“We’ve really tried to focus our messaging on really being prepared and being willing to turn back… just because we do have limited resources, as far as search and rescue personnel and law enforcement.”

A rush to experience the great outdoors has created congestion in the more popular national parks. A high number of travelers has resulted in longer lines to enter parks or use restrooms; some hikers have complained about crowded trails and a shortage of parking.

To ensure a better visitor experience, Kawasaki-Yee recommended visitors come earlier or later in the day, pay the entrance fee online, and plan ahead by navigating the website to plan routes rather than stopping at the visitor center.