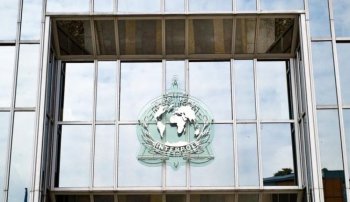 The entrance of the world's largest international police organization, Interpol headquarters in Lyon, France. Suspects can be arrested based on an Interpol red notice-a valid request by a member country for the arrest and extradition of a crime suspect. (Jean-Philippe Ksiazek/AFP/Getty Images)
International

Interpol’s Most Wanted: Murderers, Terrorists and a Wine Expert

Stephen Jones
View profile
Follow
biggersmaller
Print
DUBAI, United Arab Emirates—Interpol’s most wanted list includes the names of some of the world’s most notorious international terrorists and murderers. And up until last week, there was another name—that of internationally renowned wine expert Pancho Campo.

Campo, who recently succeeded in having his name removed from the Interpol list—Interpol is the world’s largest international police organization—first learned about his status as a wanted man when he was stopped at immigration at Paris's Charles de Gaulle Airport.

“That was the first idea I had about the Interpol warrant,” he told wine magazine decanter.com last year.

“They kept me for about two hours and then apologized. They advised me to get a lawyer.”

Campo was charged with breach of trust in a business dispute in Dubai in 2003. He was found guilty and sentenced in absentia.

Although the crime was initially not strong enough to be listed on Interpol’s wanted section, it was mysteriously upped to charges of fraud.

Campo’s case illustrates the rising use of Interpol red notices by the United Arab Emirates.

The country, which regards default of credit card debt as a crime punishable by lengthy prison sentences, is a top five issuer of red notices in the world.

Last year, U.K. media reported how Roddy Bassett, a bemused holiday rentals sales manager from Exeter found himself on Interpol’s most wanted list after failing to pay a car rental fine of $1,300.

Bassett, who has since been delisted, described the situation as an “Orwellian nightmare.”

“Is that any reason at all to list me among the most dangerous people in Britain or the world?” he asked the U.K. Independent newspaper at the time.

A total of 221 people have Interpol red notices against their names after cases brought by UAE police. That compares with only six by Australian authorities and four by U.K. police.

Although Dubai has had a number of high profile capital crimes in recent years—including the assassination of a Hamas leader, and a rebel Chechen—the vast number of notices are issued against those suspected of fraud.

Radha Stirling, who founded U.K. charity Detained in Dubai, is calling for Interpol to review its relationship with the UAE.

She said that Interpol does not review the applications issued by signatories such as the UAE, and the issuing of red notices carries undue weight, which can affect a person’s reputation.

“With a trust-based system, and a lack of due diligence from Interpol’s end, we must ask why so much unquestioned power is given to countries with obviously developing legal systems and published cases of judicial abuse,” she said in a statement.

“When someone is reported to Interpol, it impacts their lives in countless ways. Not only is there the shock and distress that follows but there are actual damages.”

Campo, who resigned as director of the Spanish Wine Academy to clear his name, has been unable to visit family members in the United States because he has been turned away at immigration.

“To be listed alongside terrorists and murderers was such a shock and completely unjustified,” he told Dubai newspaper 7Days.

“It’s been a long fight but I’m so glad we have managed it.”