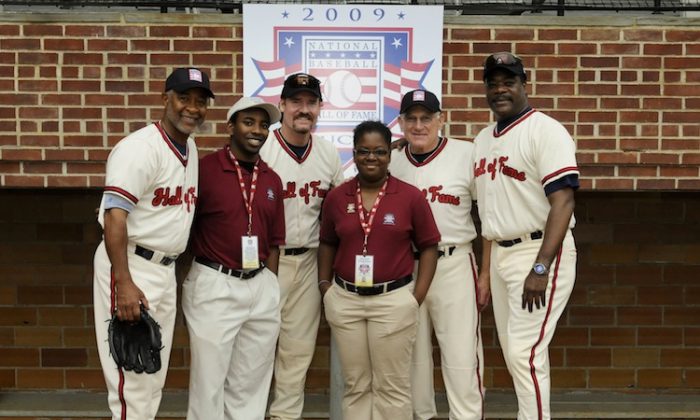 Internships at Cooperstown a Prized Job

Barry Larkin will be inducted into the National Baseball Hall of Fame this summer and baseball fans everywhere will make the annual migration to Cooperstown, N.Y., to watch a piece of history. Up to 25 lucky college interns will not only get to witness it, but also take part in planning the historic event.

These fortunate few are recipients of the Frank and Peggy Steele Internship Program at the Baseball Hall of Fame, which will close its search for this year’s winners on Jan 31.

The 10-week program, in its 11th year, not only offers hands-on training to help college students in their future careers, but also gives baseball fans the opportunity of a lifetime.

“Cooperstown is such a magical place,” former intern and current Director of Development at the National Baseball Hall of Fame Jason Schiellack said. “To say ‘I was in Cooperstown for a summer’ and being a part of Hall of Fame weekend is something.”

The screening process is intense, trimming down approximately 500 applicants to fewer than 25. Potential interns are judged on prior experience, communications skills, as well as their passion for baseball. Students become the face of the National Baseball Hall of Fame during their internship, working in all facets of the business during a busy 10-week period where 70 percent of their yearly visitors come through the gates.

The highlight for the students is planning and running Hall of Fame weekend. Fifty living legends welcome the newest inducted member into the National Baseball Hall of Fame during the weekend, the marquee event for the Hall of Fame.

Putting that kind of hefty responsibility in the hands of young students doesn’t bother Brad Horn, senior director of communications and education for the National Baseball Hall of Fame. “We have a very strong culture of trust here at the Hall of Fame.” Horn and his staff spend extra time during the selection process ensuring they have the right candidate to lead such an immense project.

The interns get a “walk though” when they organize the first major event of the summer, Father’s Day weekend. The next five weeks they prepare every aspect of Hall of Fame weekend, from the invitations to the follow up after the event.

Whitney Selover, director of special events and travel, was an intern in 2006. “Having the chance to get my feet wet in the action for those 10 weeks and then step into full-time role helped me set a foundation to build on.”

Selover, a Cooperstown native, worked two summers at the Hall of Fame. In speaking with visitors, she felt she not only cultivated her professional skills, but was also really able to grasp what Cooperstown meant to the rest of the world.

For Schiellack, sharing the joy of being a baseball fan is a huge perk of the internship. He recalled during his first summer in Cooperstown an older gentleman coming in with his grandkids, who were visiting for the first time. The older man remembered being his grandkids age and visiting Yankee Stadium, watching Babe Ruth take the field. “Talking with a gentleman that got to see Ruth in person was just awesome,” Schiellack said.

Getting to Cooperstown tops many baseball fans “bucket lists.” Players think of it as the ultimate personal career achievement. For a lucky few interns every summer, it’s just another day at the office.