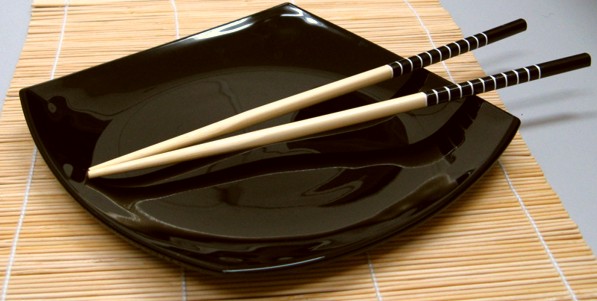 Viral Chopsticks ‘Hack’ Looks Ingenious, But Does It Really Work?

I…. I never knew *collapses onto floor crying* pic.twitter.com/YSa6l7SN2F

On some chopsticks, there’s a little piece of wood holding the pair together. Apparently, one can break that piece off and use it as a rest for the “business end” of the chopsticks. Obviously, it won’t work for a washable or plastic set of chopsticks (like the Japanese set in the featured image above).

The trick was discovered by an Imgur user.

However, according to a number of Reddit users, the trick doesn’t actually work. Either the piece didn’t break off, or it works only for a specific brand.

Another posted his attempt to break off the piece, with disastrous results:

Another opted for a more practical approach.

“Dude, I don’t need to put my chop sticks down. I eat my sushi roll then I put them on the plate,” the user wrote. ‘Protip: you can put eating utensils on a plate.”

As the Huffington Post noted, one can use the paper wrapping to create a rest for the chopsticks instead:

And several Huffington Post reporters said they weren’t able to get the hack to work.