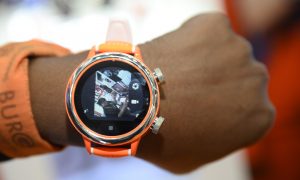 Technology’s promise of wonderful things in the future stretches from science fiction to science fact: self-driving cars, virtual reality, smart devices such as Google Glass, and the Internet of things are designed to make our lives easier and more productive. Certainly inventions of the past century such as the washing machine and combustion engine have brought leisure time to the masses. But will this trend necessarily continue?

On the surface, tech that simplifies hectic modern lives seems a good idea. But we risk spending more of the time freed by these devices designed to free up our time through the growing need to micromanage them. Recall that an early digital technology designed to help us was the continually interrupting Microsoft Office paperclip.

It’s possible that Internet-connected domestic devices could turn out to be ill-judged, poorly-designed, short-lived technological fads. But the present trend of devices that requires relentless updates and patches driven by security threats and privacy breaches doesn’t make for a utopian-sounding future. Technology growth in the workplace can lead to loss of productivity; taken into the home it could take a bite out of leisure time too.

Terry Gilliam’s futuristic film “Brazil” was set in a technologically advanced society, yet the future it predicted was dystopic, convoluted, and frustrating. Perhaps we’re heading down a similar path in the workplace and home: Studies show that after a certain point, the gadgets and appliances we employ absorb more time and effort, showing diminishing marginal returns.

We’re told to change passwords regularly, back up content to the cloud, and install the latest software updates. Typically we have many Internet-enabled devices already, from computers, phones, and tablets to televisions, watches, and activity trackers. Cisco predicts that 50 billion things will be connected to the Internet in five years’ time. Turning such a colossal number of “dumb” items into “smart,” Web-connected devices could become the biggest micromanagement headache for billions of users.

Security updates for your Internet fridge or Web toaster? What happens when one causes it to crash. Once you bought a television, turned it on, and it entertained you. These days it could be listening to your private conversations and sharing them with the Web. That’s not to say a television that listens is bad—it’s just another concern introduced thanks to this multilayered technology onion that’s been presented to us.

Good for Some, Not Necessarily for All

Some smart technologies are designed for and better suited to certain groups, such as the elderly or disabled and their carers. There are genuine, real-world, day-to-day problems for some people that something like Google Glass and an Internet-enabled bed could solve. But the problems that affect anything that’s computerized and Internet-connected reappear: patches, updates, backups, and security. Once we wore glasses until our prescription ran out and the only update a person applied to their bed was to change the linen for a cleaner version.

Internet of things devices and online accounts are unlikely to take care of themselves. With so many dissimilar devices and no uniformity, managing our personal technological and digital identities could be an onerous task. Much of this will is likely to be managed via smartphones, but our dependence on these tiny computers has already demonstrated negative impacts on certain people. Could we witness a technological version of Dunbar’s Number, which suggests there’s a limit to the number of people we can maintain stable social relationships with? Perhaps we can realistically only manage so many devices and accounts before it gets too much.

Facebook founder Mark Zuckerberg famously explained that he wears the same T-shirt every day to reduce the number of decisions he has to make. Yet technology keeps pushing us toward having to make more decisions: how we respond to emails, which software to use, how to update it, interacting on social media—and that’s before we start getting messages from our Internet-enabled bathroom scales telling us to shape up. You only need to watch the weekly episodes of BBC “Click” or Channel 5’s “Gadget Show” to see the rapid pace with which technology is moving.

Technological complexity increases—and what reaches the marketplace are essentially unfinished versions of software that is in a perpetual state of beta testing and updating. In a highly competitive industry, technology companies have realized that even though they cannot legally sell a product with a shelf life, there is little to gain by building them to last as long as the mechanical devices of the last century, where low-tech washing machines, cars, and lawn mowers wouldn’t face failures from inexplicable software faults.

Of course some will find their lives improved by robot cleaners, gardeners, and washing machines they can speak to via their phones. Others will look to strip away the amount of technology and communication in their lives—as writer William Powers did in his book “Hamlet’s Blackberry.” The majority of us will probably just be biting off more than we can chew.

Andy Tattersall is an information specialist at the University of Sheffield in the U.K. This article was previously published on TheConversation.com