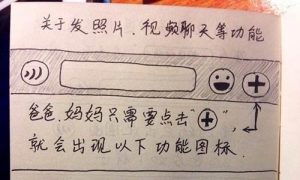 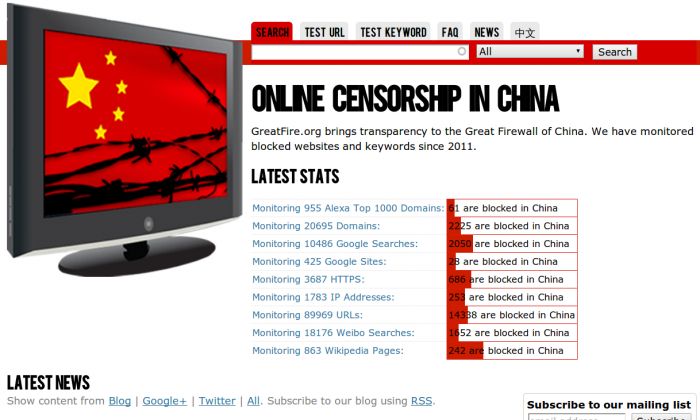 A screenshot of the website belonging to GreatFire.org, which aims to break open Chinese Internet censorship by mirroring blocked websites on global cloud platforms. (Greatfire.org/Screenshot)
China

Internet Freedom for China May Be in the Clouds

“Collateral Freedom” might sound like a military operation, but its supporters would say it’s just the opposite. It refers to a new attempt to prise open the Chinese Internet, which the communist regime has attempted to keep shut from bothersome outside influences.

“Freedom of speech is written into the Chinese constitution,” says Charlie Smith, one of the activists behind the project. If he and his colleagues at GreatFire.org have their way, the new initiative will melt the Chinese Communist Party’s control of the Internet.

In China, when you click on a link to a website that the Communist Party’s Internet censors don’t want you to see, the page will fail to load. One common way around this is to install software like FreeGate or UltraSurf that will tunnel through the Great Firewall.

This new method, now being tried out by GreatFire.org, a non-profit group dedicated to countering Chinese censorship, is to copy the entire website and make it “unblockable.” The freedom is collateral.

In this scenario, the path to a freer Internet in China could begin with a link that looks something like this: https://s3.amazonaws.com/ The S3 refers to Amazon’s cloud storage service, while the AWS is for Amazon Web Services.

GreatFire is hosting websites on that platform that are otherwise blocked in China. So far, Chinese censors have not ventured to block these “mirror” sites–copies of the original sites.

The idea to host entire websites and make them unblockable came to the Greatfire team after their own experiences being censored.

Last year they made an application for the iPhone that allowed uncensored Internet access. Users in China could download it via the App Store.

Once the authorities got wind of it, however, they forced Apple to pull the plug. Many Western companies have found that cooperating with the Chinese authorities’ censorship regime is one of the conditions of doing business in China. (A fact that could become relevant for GreatFire’s new venture.)

Soon after, GreatFire’s team observed how Github, a repository for computer code, was blocked by the Chinese authorities.

Given that their own browser was blocked, as well as a major website outside China, “we realized that we could leverage the cloud to deliver mirrors of websites into China that would be unblockable,” says Charlie Smith, an activist who works part time for GreatFire, in a telephone interview.

“We’ve since unblocked our own Free Weibo, unblocked Reuters’ Chinese site two days after it was blocked, and also China Digital Times. We’ve put theory into practice,” he said. “So far it’s working.”

Smith says that it would be enormously inconvenient to businesses in China if the authorities were to block Amazon’s cloud services entirely. “There would be serious economic fallout for a lot of people.” Among the users of AWS in China are Qihoo 360, which runs a major browser, Xiaomi, a popular smartphone company, and Funplus Game, which creates socially-driven games.

There are no guarantees, however. But if the Party did end up blocking AWS, Smith said they would simply jump to the next service.

A Suite of Services

GreatFire has been around since 2011, when a group of online friends with ties to China— Smith says they have not met in the real world — got together to try to monitor, and then defeat, the Chinese regime’s Great Firewall.

It offers a variety of services for circumventing Chinese Internet censorship: a monitoring service that can test what is blocked and what isn’t, and the extent to which it’s blocked; a Free Weibo service, which scrapes posts from Weibo, a popular Twitter-like service in China, and displays them even after they have been censored by the authorities; and now the Collateral Freedom project.

The non-profit is, understandably, tight lipped about aspects of its operations. Charlie Smith is a pseudonym. Smith said he worked for GreatFire part time, but other than that would not reveal his location or provide any personal information.

Smith said that there are only a handful of staff, only one of whom is full time. He said that from 2011 the organization was self-funded, and that last year it received a grant from the State Department.

Smith wouldn’t provide any details about the grant — such as when it was given, or its size. The State Department on its website advertises a number of grants that support the development of Internet freedom tools. The minimum grant for the 2013 tranches was $500,000, and the website said “awards in excess of $1,500,000 are uncommon.”

The State Department had of this writing not responded to a request for comment on its relationship with GreatFire. A request for information with the department is pending.

Smith says that GreatFire’s mirroring tools are one attempt for the group to make some cash to fund their operations.

The viability of using the mirror method to unblock virtually all websites that the Chinese authorities may wish to block is unclear.

It may be an economical option: though Smith would not discuss any of the financial details, AWS hosting costs are not particularly expensive.

If a website were to receive 100,000 unique hits per day, it would only cost about $549 in hosting per month (calculated at 1.5 megabytes per page loaded).

Banner advertisements are not affected by the mirroring.

GreatFire is now shopping its offer around to news and media organizations who have an interest in getting their content in front of Chinese eyeballs.

“We’re knocking on a lot of doors,” Smith said. “The New York Times, for example, they’ve made investments into the China market, and I think if they knew there was a way for that information to be delivered in China, they should insist that the information gets delivered, just from an economic point of view.”

Ironically, one of the obstacles to the success of the plan will be self-censorship by the Western companies whose platforms they seek to leverage to expand Internet freedom in China.

Apple removes software from its AppStore that it deems is in conflict with Chinese law — effectively carrying out the censorship on behalf of the Chinese authorities.

Amazon says that it is “partnering with Chinese government organizations to advance cloud computing in China.” Whether that means they may also be put under pressure to shut down the GreatFire mirror websites, and how they may respond to such pressure, is unclear. Amazon had not responded to an emailed request for comment as of this writing.

Another is simply the nature of the mechanism: it’s static.

According to Bill Xia, who runs Dynamic Internet Technology, the makers of FreeGate, “I think anything static can be blocked. AWS is static. One has to be dynamic.” He added: “AWS is a valid small scale, short term solution to visit news web sites.”

These problems aside, Smith is confident that mirroring websites will at least open a new front in the battle against the Chinese Communist Party’s censorship. If Amazon cuts their service, they will simply move to another cloud system.

“What’s China gonna do? Cut themselves off from the global internet?” Smith asked, rhetorically. “That’s not going to happen.”

He added: “I’m the optimist. Others would disagree with me on this point.”

Update: The article has been updated to reflect a more accurate estimate of the cost per month of Amazon Web Service hosting of a mirrored website under defined parameters.