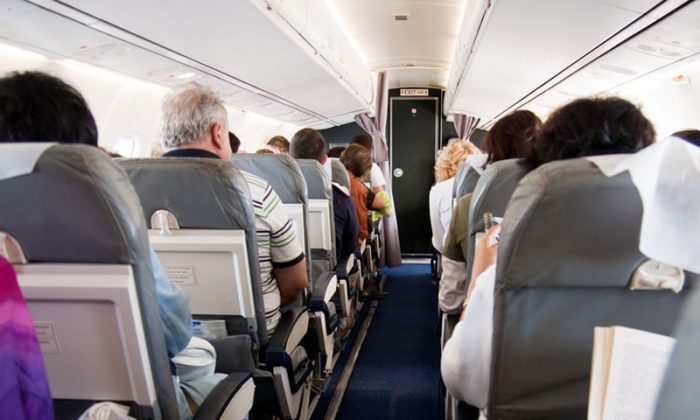 If you want a glimpse into what the speed of your Internet connection might look like under the newly proposed Open Internet rules, take yourself back to the last uncomfortable hour of a long plane flight. You know the feeling. You’re back in economy class wondering if seats have actually gotten smaller these past few years (they probably have), and amazed when you glance up front and see how appealing business class has become. That’s what the Internet could look like soon.

With all the talk about fast lanes and paid prioritization recently, the Federal Communication Commission’s proposed rules could lead us down a path where regular and premium service levels make Internet service look a lot more like air travel. Some advocates are worried that a section of the rules allowing carriers to negotiate individually with content providers for service as long as it is “commercially reasonable” could allow ISPs to charge different websites for faster or higher-quality content delivery. FCC Chairman Tom Wheeler has said that this won’t lead to fast lanes and slow lanes online, but it’s hard to see how the current proposal would adequately protect against this type of behavior. So as the debate over the potential impact of these rules continues for the next few months, it’s helpful to consider how premium service can inherently lead to degraded service for everyone else.

Just take a look at the airline industry: Tiered service has been common in air travel for years, with airlines offering special amenities and improved service for those who can afford to pay more, while everyone else gets crammed into regular seats. Although almost everyone would prefer to travel more comfortably and wait in faster security and boarding lines, it’s often challenging for airlines to convince people to pay the premium for first class: It can cost up to ten times more to fly business instead of economy on a trans-Atlantic flight, and both seats get you to the same destination. So while airlines try to make first class more appealing with new amenities and personalized attention, they simultaneously have an incentive against improving the quality of “regular” service as a way to protect their higher-end business.

And as airlines have struggled financially in recent years, it appears they may even be actively degrading economy class options. According to an October 2013 Wall Street Journal article, in a reversal of a half century trend of gradually improved seating, airlines have spent the last decade trimming first legroom and now seat width in order to squeeze more seats into economy class. This allows them to expand higher-fare sections—particularly new mid-range options like economy plus which offer added legroom for a fee—without reducing the number of ticketed passengers on the plane.

What’s more, this tactic has the added benefit of increasing the appeal of premium options while still maintaining the premium price. As the article notes, “[p]ressure in economy cabins also lets airlines upsell coach passengers.” This nuance is critical because it illustrates the incentives for airlines not only to make more seats available by reducing their size, but to increase the disparity between economy and premium seats to make the premium seats even more attractive to flyers.

Now, do you see what would happen if we enter a world of “fast lanes” and “slow lanes” on the Internet? Some argue that it’s not a big deal for a big company to pay for a “fast lane,” but the precedent would open the floodgates for many new types of discrimination online. And it will make the remaining Internet capacity on the network worse for those who cannot pay the fee.

Under the proposed FCC rules, Internet service providers would have to carry all traffic at some minimum service level (we’ll call that economy class). So to sell seats in the fast lane (first class), it must be sufficiently attractive to content companies so that they would actually be willing to pay more. This means faster speeds and better quality of service, but it also requires making sure that the regular lanes don’t improve at a pace that would threaten the premium business.

In other words, there is a risk that ISPs, in an effort to either make the fast lane more appealing, will be encouraged to unnecessarily limit capacity for everyone except those in the fast lane. Or they might squeeze additional customers into the regular lane to make more room for premium customers – effectively degrading regular service during peak congestion times. And, the more attractive the fast lane becomes, the more an ISP can charge for carriage in that lane.

There’s an important distinction in this analogy as well. For airlines, degrading service requires physically shrinking the size of seats. On the Internet, since bandwidth consumption is growing steadily, an ISP simply could choose not to improve the capacity of the network and the quality of your Internet experience would still gradually decline.

Which brings us back to the Commission’s proposed rules that were released for public comment earlier this month.

The new rules are based on a presumption that business arrangements for prioritization of certain types of content would be valid, though, as we’ve noted, there are mixed messages coming from the FCC about whether fast lanes would actually be permitted. Unfortunately, the legal theory on which the agency is relying to implement these rules necessitates discrimination, which is why the rules must permit some degree of individualized negotiation and bargaining.

Changing the rules themselves would require a different source of authority – what advocates refer to as authority under “Title II” of the Telecommunications Act. Some also argue that either way, the rules adequately protect against slow lanes because of the “minimum level of service” requirement – a term of art that will be defined precisely during the comment period on the proposed rules. Leaving aside the challenge of actually determining what a minimum level of service might look like, if the framework is based on a presumption in favor of paid prioritization, it’s difficult to envision how it can actually protect against an Internet full of bandwidth haves and have-nots.

Whether we’re on track for fast lanes and slow lanes or merely fast lanes and adequate lanes, Internet users should be concerned about what’s in the proposal and should question whether they want a divided Internet. This kind of Internet is not the type envisioned by advocates of network neutrality, which is based on the fundamental principle of nondiscrimination and has been integral to creating the space for innovation, public debate, and free expression online that Americans enjoy today.