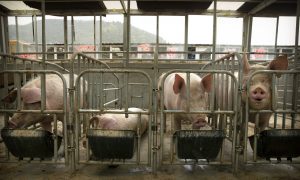 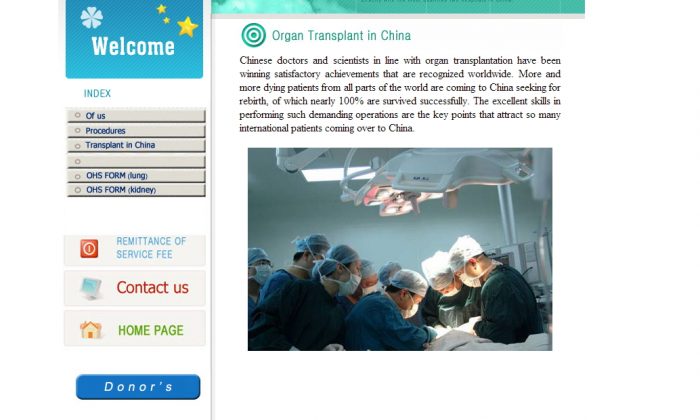 Two foremost international transplant organizations have penned an open letter to Xi Jinping, the leader of the Chinese Communist Party, calling China’s system of organ transplantation corrupt and “scorned by the international community,” while exhorting the Party leader to make thoroughgoing changes.

The publication of the missive jointly signed by the Transplantation Society and the Declaration of Istanbul Custodian Group, which appears in the journal Transplantation this month, represents a sharp break from the careful and nonconfrontational approach that the international transplant establishment has for years taken toward China. In the past, voices of criticism were hardly to be heard above the enthusiastic promises of cooperation and tinkling of cocktail glasses at diplomatic receptions.

As recently as last November, top representatives of the international transplant community, some of them signatories to the current letter, were photographed, in a semicircle sports-team manner, with leading Chinese officials in the field.

Something happened between then and February in China.

At that time, drafts of the letter were being circulated, evidently caused by a souring of relations between global doctors and Communist Party representatives.

“This letter is a reflection of this uncertain outlook in China. It asks for clear answers and puts an end to the deceptive promises from China as we know them from the past,” said Torsten Trey, the executive director of the medical advocacy group Doctors Against Forced Organ Harvesting, which follows the matter closely.

“Moreover the letter is also a testimony of medical doctors who genuinely want to see an end to the unethical organ harvesting in China,” Trey said.

Although it is a step forward, some observers of the abuses in China’s transplant system think that the letter does not go far enough and address prisoners of conscience.

The Declaration of Istanbul is the basic ethical position of the global medical community on organ transplants, and states that the use of prisoner organs is “incompatible” with its aims.

This is the chief point of contention between the world and China, where the Communist Party continues to execute prisoners for their organs, while vacillating between promising to end the practice and continuing to defend it.

The letter writers use China’s own rhetoric to needle it for the failure to comply with international ethical guidelines, and its own guidelines, on organ transplants. The China Daily, the English-language mouthpiece of the Chinese regime, is quoted to the effect that the judicial system must “carry the sword of justice and scale of equality” for China. The “Chinese dream,” the slogan of Xi Jinping’s administration, is nothing less than “a call for a culture of human rights,” the letter argues.

Chinese officials indeed agreed, in November last year, on a legal framework that would establish credentials for organ transplant doctors, and ban the trade in organs. Afterward, 38 hospitals were said to have vowed to stop using the organs of executed prisoners.

This was an “encouraging step towards an open, just and ethical organ transplantation system in China,” the letter says. A tip of the hat is even given to Huang Jiefu, the former vice minister of health, who has been the architect of the Chinese transplant system, and the Communist Party’s point man for handling foreign doctors worried about ethics.

Getting Forms in Order

It was thus disturbing to those concerned with ethical practice when, last month, Huang Jiefu himself defended the use of organs from executed prisoners.

“Judicial bodies and local health ministries should establish ties, and allow death row prisoners to voluntarily donate organs and be added to the computer organ allocation system,” Huang said, in remarks that were paraphrased by the Beijing Morning Post and widely published on Chinese websites.

This would seek to integrate the illicit system of organs from executed prisoners with what is hoped to be a voluntary donation system based on altruism, roughly along the lines of what exists in many developed countries.

Huang’s remarks were effectively a repudiation of the promises that Chinese authorities had been making for many years. Ethan Gutmann, an investigative journalist who has written a book on China’s organ system, said, “We’re back to where we started in 2006,” in a previous interview with the Epoch Times. “They’re basically saying that they need to get their forms in order.”

Adding to the confusion, the remarks by Huang came amid promises by other officials to “reduce reliance” on prisoner organs.

“I am aware of seemingly inconsistent statements,” wrote Dr. Francis L. Delmonico, the president of The Transplant Society and a signatory to the letter, in an email. “The open letter is written by several international leaders intentionally, so to display a consensus resolve.”

“The letter speaks for itself,” he added.

While the letter represents a new and firmer approach by organizations like The Transplantation Society, researchers of abusive organ transplantation in China say that it still leaves out important parts of the story: namely, the harvesting of organs from not only prisoners sentenced to death, but also prisoners of conscience who committed no internationally recognized crime in the first place.

“The open letter suggests the organ transplant reform under the leadership of Huang Jiefu is moving in the right direction and only a widespread corruption is hampering the reform. This view is biased,” wrote Arne Schwarz, an independent researcher of abusive transplantation practices, in an email.

“It’s a shame that all kinds of political institutions—the European Union, United States Congress, the United Nations Human Rights Council—address the issue of organ harvesting from prisoners of conscience, but The Transplantation Society stays silent on it,” Schwarz said.

This refers primarily to the harvesting of organs from practitioners of Falun Gong, a spiritual discipline that has been persecuted in China since 1999. Researchers, including Gutmann, point to an accumulation of evidence indicating that tens of thousands of organs have been harvested from Falun Gong practitioners who were imprisoned or detained for their peaceful beliefs.

Gutmann’s research showed that Uyghur Muslims, a Turkic-speaking minority in the Xinjiang Autonomous Region of China, were targeted for their organs in the 1990s. With the influx of Falun Gong adherents into labor camps after 1999, the military-medical complex began harvesting them for large profits.

In the 2000s, websites in China openly advertised waiting times of one or two weeks for organs, and promised to schedule transplants—both practices unheard of in Western countries, where waiting lists can be over a year, and recipients must wait for donors to die. In 2006, doctors and staff at hospitals around China admitted in secretly recorded telephone calls that they had “very good quality, fresh organs … from Falun Gong practitioners.” Two Canadian researchers compiled this evidence in a landmark report later in the year.

The scandalous nature of these revelations, and the subsequent public pressure, forced some changes in China’s approach to organ sourcing, though the authorities have never admitted to using prisoners of conscience for organs, and there is no guarantee that the practice has stopped.

According to Schwarz, China’s cooperation with the West over the last 30 years has simply “helped to improve Chinese medical transplant results, but have not fostered more ethical practices.”

The recent letter by The Transplantation Society shows up this disconnect. “The Tianjin website continues to recruit international patients who are seeking organ transplants. … The underlying abuse by these medical professionals and widespread collusion for profit are unacceptable.”

They refer to one case of a 14-year-old Saudi national who received the organ of an executed prisoner (which kind is not known) for the sum of $200,000. But the child contracted a viral disease from the procedure and died within weeks. “There was no redress, no accountability, and no assessment of performance associated with this illegal and unethical procedure,” the letter says.

“Those above-mentioned hospitals, authorized by the Government of People’s Republic of China, are truly where the dying-patients to be reborn,” the website says.

“Life is priceless, quality must be guaranteed.”