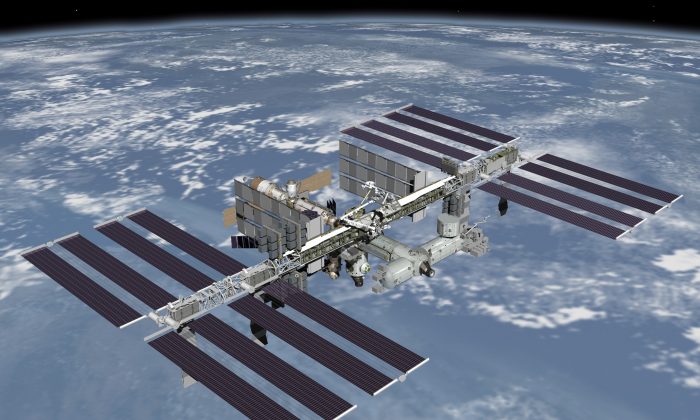 A malfunctioning cooling pump on the International Space Station has NASA scientists worried but not panicking.

None of the crew members on board are or were ever in danger, NASA spokesman Bob Jacobs said.

The station is conserving power and NASA is hoping that software on board the ISS can fix the problem, NBC News reported at around 5:45 p.m. EST.

A NASA spokesperson, Joshua Byerly, said in a statement later that “the pump module on one of the space station’s two external cooling loops automatically shut down when it reached pre-set temperature limits.”

“These loops circulate ammonia outside the station to keep both internal and external equipment cool. The flight control teams worked to get the cooling loop back up and running, and they suspect a flow control valve actually inside the pump itself might not be functioning correctly,” he added.

Jacobs said the crew of two American astronauts, three Russian cosmonauts and a Japanese astronaut were preparing to go to bed as normal, while engineers on the ground tried to troubleshoot the problem. The faulty pump and cooling loop did start up again, he said.

Johnson Space Center spokesman Kelly Humphries said that it could be a serious problem, but that it’s not an emergency. Humphries said it was too early to speculate whether a spacewalk would be needed to fix the problem.

The current crew members on board the ISS are Mikhail Tyurin of Russia, Koichi Wakata of Japan, Rick Mastracchio of the U.S., Sergey Ryazanskiy of Russia, Oleg Kotov of Russia, and Mike Hopkins of the U.S.