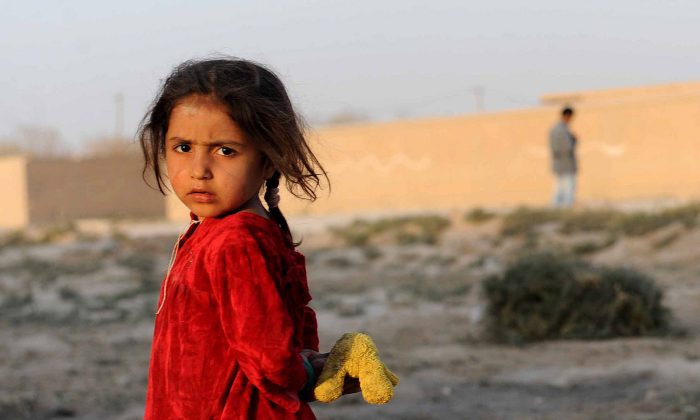 An Afghan girl looks on as she holds her doll on the outskirts of Mazar-i-Sharif on October 13, 2013. Some nine million Afghans or 36 percent of the population are living in 'absolute poverty' while another 37 percent live barely above the poverty line, according to a UN report (Farshad Usyan/AFP/Getty Images)
International

International Day for the Eradication of Poverty: How to Get Involved

International Day for the Eradication of Poverty is on Oct. 17, and the United Nations wants people to get involved.

An event is being held to mark the day as part of the “People’s Voice” series in New York City that is part of the theme.

The United Nations encourages people to follow the event live.

In addition, people can watch some people affected by poverty share their views live on a webcast on Oct. 17.

Additionally, in a movement that began on Oct. 14, the United Nations encourages people to get involved with the global conversation on poverty on social media by using the hashtag #EndPoverty.

“Share photos and stories of what you and your community are doing to help end poverty,” it says.

Lastly, people can learn about the United Nation’s Millennium Development Goals, and share the infographics and videos.