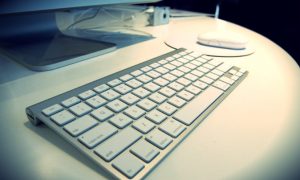 Apple is not done updating iOS 8 with new features and fixes, and the company is expected to release at least a couple of major iOS 8.x updates in the near future, but some people are already thinking ahead of what the future iOS 9 operating system might have to offer.

Such is the case for Ralph Theodory, who posted on YouTube a lengthy video showing various interesting feature he believes iOS 9 should come with.

FROM EARLIER: Check out this gorgeous steel iPhone 6s concept inspired by the Apple Watch

From visual changes that should improve the overall aspect of the iPhone 6 (and other supported models), and let users further customize their device — such as being able to pick a color palette for the handset, reverting to night mode at night, choosing a different app springboard (including an Apple Watch-like one), or changing the appearance of the clock on the lock screen and adding widgets to the lock screen — to various tricks supposed to improve functionality, such as having a search option in settings and an interactive history that would let users revert back to certain previous settings, or being able to close all apps with the push of a button or accessing settings per app with a swipe.

The video also shows off some interesting features for Siri and music, and suggests Apple should do even more to offer help and support to users.