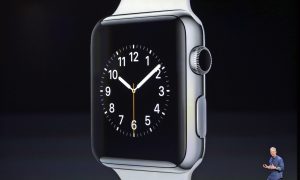 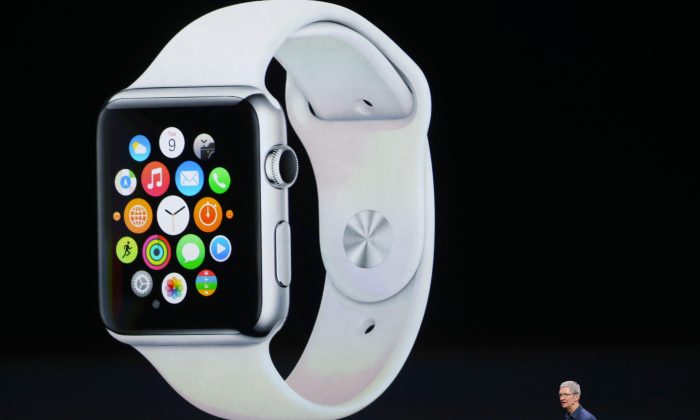 Apple CEO Tim Cook announces the Apple Watch during an Apple special event at the Flint Center for the Performing Arts on Sept. 9, 2014 in Cupertino, Calif. (Justin Sullivan/Getty Images)
Tech

In the tech world the arrival of the Apple Watch, due to launch early next year, has been one of the most exciting events of 2014
By Vlad Dudau
biggersmaller
Print

In the tech world the arrival of the Apple Watch, due to launch early next year, has been one of the most exciting events of 2014, and many analysts and industry watchers are convinced that Apple has another hit on its hands. That being said, continued surveys seems to show that the Watch’s popularity may not be as high as some may think.

After its unveiling in early September a survey of around six thousand people showed that only 10% of the general populace was willing to spend their cash on the Apple Watch. Three months later, a new survey of similar sample size shows that that number has pretty much stayed the same.

According to this survey, which interviewed four thousands respondents and was conducted by analysts at UBS, only 10% of those questioned said they were very likely to buy the upcoming wearable device.

The interesting part of the whole report is that these numbers show either great reception or a completely tepid reaction to the Apple Watch, depending on which side of the fence you fall on.

On one hand, barely 10% of the people asked were convinced they wanted to buy the new wearable, which for such a hyped and long awaited product seems like a crushing defeat. Or to put it another way 90% of people don’t care much, or at all for Apple’s efforts in this field.