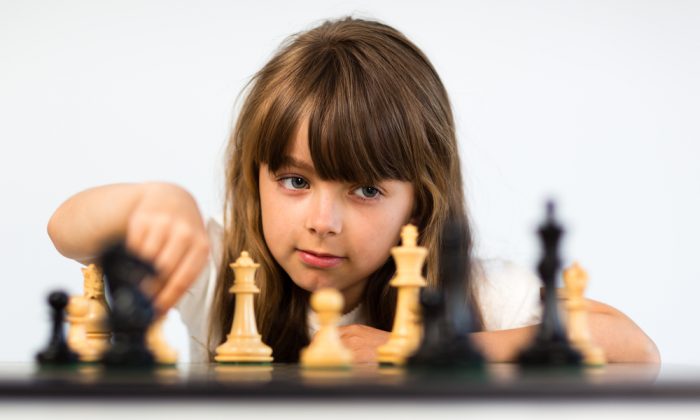 A new study offers some of the most conclusive evidence to date that intelligence is linked to chess skill—a hotly debated issue in psychology. The results refute the idea that expertise is based solely on intensive training.

“Chess is probably the single most studied domain in research on expertise, yet the evidence for the relationship between chess skill and cognitive ability is mixed,” says Alexander Burgoyne, a graduate student at Michigan State University and lead author of the study published in the journal Intelligence.

“We analyzed a half-century worth of research on intelligence and chess skill and found that cognitive ability contributes meaningfully to individual differences in chess skill.”

“When it comes to expertise, training and practice certainly are a piece of the puzzle,” says Zach Hambrick, a psychology professor at Michigan State. “But this study shows that, for chess at least, intelligence is another piece of the puzzle.”

For the in-depth study, known as a meta-analysis, the researchers considered nearly 2,300 scholarly articles on chess skill, looking specifically for studies that included a measure of cognitive ability (such as IQ score) and objective chess skill (such as the Elo rating, which ranks players based on game performance). The final sample included 19 studies with about 1,800 total participants.

The meta-analysis represents the first attempt by researchers to systematically investigate the best available scientific evidence for the link between intellect and chess skill, says Burgoyne.

The results show that intelligence was linked to chess skill for the overall sample, but particularly among young chess players and those at lower levels of skill. This may be because the upper-level players represent a winnowed distribution of cognitive ability—in other words, they all tend to be fairly bright. (By way of comparison, Burgoyne says, consider the world’s best basketball players. Although there is essentially no correlation between height and points scored at that level, that doesn’t mean height isn’t important in basketball.)

Hambrick offers another potential explanation: “Imagine that a genius can become a skilled chess player relatively easily, whereas a person with average intelligence may take longer. So the idea is, as you practice more and develop more skills and knowledge about the game, you may be able to circumvent limitations in cognitive ability.”

This might be true for chess, he adds, but not for all activities.

In an earlier study, Hambrick and a colleague found that working memory, a cognitive ability related to general intelligence, predicted success in sight-reading music even among highly practiced pianists.