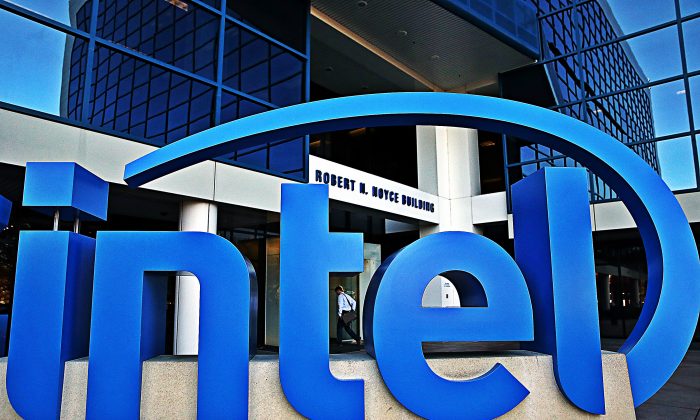 The Intel logo is displayed outside of the Intel headquarters on Jan.16, 2014 in Santa Clara, Calif. ( Justin Sullivan/Getty Images)
Tech

Intel May Be Forced to Delay Thinner Production Processes

It has been more than a year since we began to talk actively about Intel’s 14 nm desktop Broadwell processors but they are nowhere to be seen. Expected sometime in 2015 the chips may suffer additional delays due to difficulties that Intel faces with the production of these very advanced chips.

While there are no problems with the architecture itself the issues lie in the very fine 14 nmproduction process. As transistors become thinner and thinner more difficulties arise and they become reasons for such delays.

Speaking of this some analysts believe that Intel’s famous tick-tock strategy is actively failing as we speak. About a year ago the company was forced to admit that delays in the supply of so-called EUV scanners had made it cancel the use of super hard ultraviolet radiation in the manufacturing of chips not only for the 10 nm production process but also for the 7 nm as well.

Now a quick look at the Intel roadmap reveals that in 2015 we were supposed to get 10 nm chips which are not only nowhere to be seen but also there are no words on them as well. The 7 nm tech process was also scheduled for 2017 but given the problems with the 14 nm and 10 nm processes it will also be late.

In a few words expect the 10 nm process in 2016 at the earliest and 7 nm in 2018 at the earliest. Add the minor performance improvements in each Intel CPU generation and you will get a picture that is not nice.

There are some good things in this technology slowdown, though, at least for end users. You will not have to upgrade that often and this is not a bad thing. Just remember the 1980s-1990s and you will see that we have been through such an era. And we survived it.