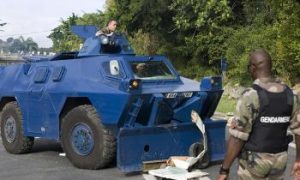 Technical IT Writer: 'The Opening is an 'Oh, wow!'
0
Business

The insurance sector survived the economic meltdown more or less intact, but is still faced with reduced premium income and sluggish investment returns.

“The insurance sector has bounced back reasonably well after the Great Recession. Investment returns and financial status have improved,” said Jack W. Plunkett, CEO at Plunkett Research Ltd., in a December press release.

It wasn’t just the financial crisis that took a large bite out of the insurance sector’s earnings in 2010, but also the BP Gulf of Mexico oil spill, earthquakes, windstorms, and other catastrophes, which cost the industry a bundle.

Worldwide, natural and man-made disasters resulted in a $36 billion drain on the financial welfare of insurance sector companies in 2010, a 34 percent increase over 2009, according to a preliminary year-end estimate by Swiss Reinsurance Company Ltd.

“If you look at what was thrown at the [insurance] industry in 2010, short of a major hurricane landing on U.S. soil, we pretty much got everything we could,” said Leo Grepin, senior partner at McKinsey & Company, in a recent Insurance Information Institute press release.

After several quarters of decline, insurance rates are on the rise again, according to James Wrynn, New York’s superintendent of insurance, in the Insurance Information Institute press release.

AIG, as the sole user, received $69.8 billion from the Treasury’s Systemically Significant Failing Institution (SSFI) program, which “was established to provide stability and prevent disruptions to financial markets from the failure of institutions that are critical to the functioning of the nation’s financial system,” according to the Special Inspector General for the Troubled Asset Relief Program (SIGTARP) Quarterly Report to Congress released January 26. Overall, AIG received $182 billion from the U.S. Treasury.

At the end of 2010, AIG opted to not make and/or declare dividend payments to the Treasury for eight quarters, amounting to $7.9 billion in lost dividends to the U.S. Treasury. Instead, under the agreement with Treasury, AIG did not have to pay the missed dividends after four nonpayments. Instead, the U.S. Treasury could appoint approximately 20 percent of the firm’s board of directors.

Despite the above, the Treasury suggests that taxpayers may come out ahead from supporting AIG.

“Indeed, with the recent closing of American International Group Inc.’s (“AIG”) recapitalization plan, there is a chance that TARP may break even or possibly turn a profit on one of its most controversial transactions,” according to the SIGTARP report.

AIG’s 75 million warrants began to be traded in January 2011 with the intention of having current shareholders purchase the stock at a discount. On Sept. 26, 2010, AIG stock stood at $41.61.

Hartford repaid $3.4 billion in April 2010. In September 2010, the Treasury announced that it would auction the warrants it held from Hartford, in the form of common stock, as Hartford opted not to repurchase the warrants. The Treasury held 52 million warrants and expected a bid price of between $10.50 and $13.70. The Treasury proceeds amounted to $713.7 million. On January 26, Hartford stock stood at $28.08.

Next: Hartford’s warrants were auctioned through a Dutch auction.