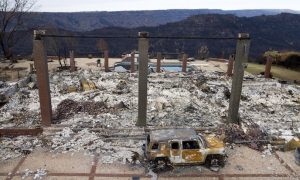 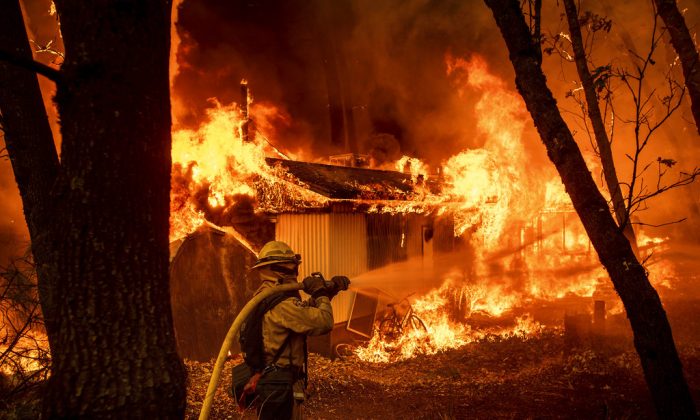 SACRAMENTO, Calif.—Insurance claims from California’s deadly November 2018 wildfires have topped $11.4 billion, making the series of fires some of the most expensive in state history, officials said Jan. 28.

The latest tally adds to growing concerns about the future availability of home insurance in wildfire-prone areas.

More than $8 billion of the November 2018 losses stem from the fire that leveled the town of Paradise, killing 86 people and destroying roughly 15,000 homes. The other $3 billion in losses are from two Southern California wildfires that ignited the same week.

The numbers were expected to rise, though not dramatically, state Insurance Commissioner Ricardo Lara said. So far, total damage for 2018 wildfires is close to $12.4 billion.

“These are massive numbers for us,” Lara said.

It has already become harder for people in fire-prone areas to get or keep insurance, although Lara said the state is not at a point where it’s impossible for homeowners to find it. A recent law requires insurers who do not renew policies to notify customers of other options, including a pooled insurance plan of last resort known as the “FAIR plan.”

“We want to make sure that we’re monitoring the situation, and right now we don’t feel this is an area we should be alarmed about,” he said.

Still, he said the worsening fires put California “in uncharted territory.” The insurance department is beginning to collect information on non-renewed policies to assess patterns such as location, he said.

Representatives from the insurance industry acknowledged that some insurers may stop doing business in certain areas. But they said plans should still be widely available.

“California still has a competitive market, there are other carriers moving into place to write new business,” said Nicole Mahrt-Ganley of the American Property Casualty Insurance Association, which represents about 60 percent of the nation’s property casualty insurance market.