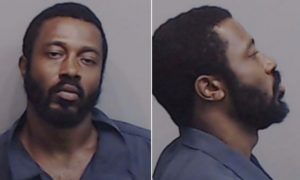 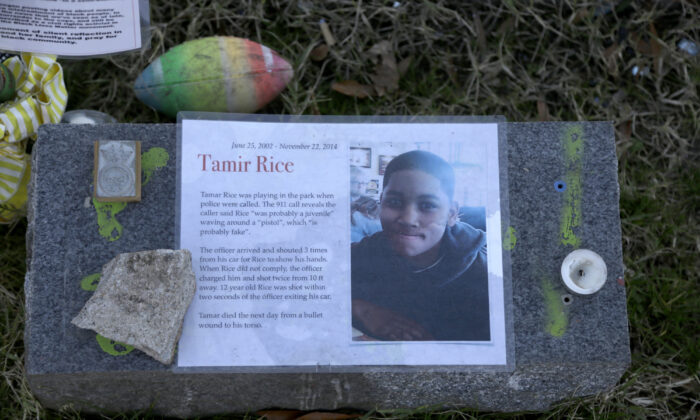 The Justice Department announced Tuesday it will not bring federal criminal charges against two Cleveland police officers in the 2014 killing of 12-year-old Tamir Rice, saying there was insufficient evidence to proceed with charging the policemen.

The Department of Justice (DOJ) said in a statement that video of the shooting was of too poor a quality for prosecutors to conclusively establish what had happened and that the evidence in the case was overall insufficient to establish beyond a reasonable doubt that the officers acted wilfully to deprive an individual of a federally protected right.

To bring federal civil rights charges in cases such as this, the Justice Department must prove that an officer’s actions wilfully broke the law and are not simply the result of a mistake, bad judgment, or negligence.

“The law set forth by the Supreme Court requires that allowances must be made for the fact that law enforcement officers are often forced to make split-second judgments in circumstances that are tense, uncertain, and rapidly evolving,” the DOJ said. “Finally, caselaw establishes that an officer is permitted to use deadly force where he reasonably believes that the suspect posed an imminent threat of serious physical harm, either to the officer or to others.”

In closing the case, the department brought to an end a long-running investigation into the high-profile shooting of Rice, who was playing with a pellet gun outside a recreation center in Cleveland on Nov. 22, 2014, when he was shot and killed by Officer Timothy Loehmann.

Loehmann and his partner, Officer Frank Garmback, were called to the recreation center after a man drinking beer and waiting for a bus had called 911 to report that someone was pointing a gun at people. The caller told a 911 dispatcher that it was probably a juvenile and the gun might be “fake,” although that information was never relayed to the officers.

The two officers who were investigated told authorities soon after the shooting that Tamir was reaching for the gun prior to being shot and was given multiple commands to show his hands.

The Justice Department said poor-quality surveillance video recorded in the area where the shooting took place prevented prosecutors from being able to conclusively determine whether Tamir was or was not reaching for his toy gun just prior to being shot.

“The positioning of the moving arms suggests that Tamir’s hands were in the vicinity of his waist, but his hands are not visible in the video,” the DOJ said. “Officer Loehmann fired two shots within less than two seconds of opening the passenger door, striking Tamir once in the abdomen.”

“It is important to note that the video footage is grainy, shot from a distance, does not show detail or perspective, and portions of the incident are not visible because of the location of the patrol car,” the DOJ said.

In a statement, Subodh Chandra, an attorney for the boy’s family, said the Justice Department’s “process was tainted” and the family has demanded prosecutors provide additional information about recommendations made during the probe.

“It’s beyond comprehension that the Department couldn’t recognize that an officer who claims he shouted commands when the patrol car’s window was closed and it was a winter day is lying,” Chandra said. “The Rice family has been cheated of a fair process yet again.”

The DOJ said it “remains committed to investigating allegations of excessive force by law enforcement officers and will continue to devote the resources required to ensure that all serious allegations of civil rights violations are thoroughly examined.”

“The department aggressively prosecutes criminal civil rights violations whenever there is sufficient evidence to do so,” DOJ said.

A state grand jury had declined to indict Loehmann, though he was later fired after it was discovered he was previously deemed “unfit for duty.”