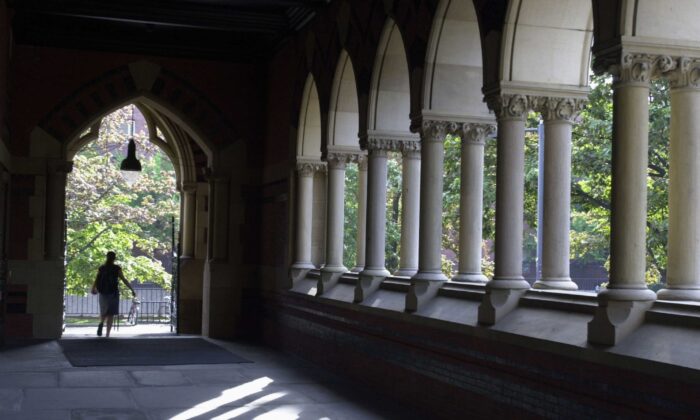 American universities have sold out to the Chinese Communist Party

We’re talking about billions of dollars.

The Department of Education has found that U.S. universities have failed to report at least $6.5 billion in foreign contributions over the past decade. Among the countries that have bought entrée and influence at some of America’s most prestigious universities are Russia, Iran, and Saudi Arabia.

But the biggest player (or rather “payer”) by far is the People’s Republic of China (PRC). About 115 American colleges were on the receiving end of some $900 million in donations, contracts, or both, from sources in mainland China from 2013 to 2019, according to U.S. government data. But that’s only the tip of the iceberg. The actual amounts may be many times more, since many colleges have long flouted the federal law requiring that the source of all donations over $250,000 be disclosed.

The Chinese Communist Party (CCP) has a long history of using United Front tactics to capture and subvert institutions and elites. America’s leading colleges and universities, places such as Harvard, Yale, and Stanford, are obvious targets for such efforts. No surprise here.

What is surprising is just how eager the administrators of these institutions were to not only accept but also actively solicit donations from one of the most bloodthirsty regimes on the planet. While these institutions still bill themselves as educational nonprofits, they no longer act that way. They’re more accurately described, to quote the U.S. Department of Education, “as multibillion-dollar, multi-national enterprises using opaque foundations, foreign campuses, and other sophisticated structures to generate revenue.”

But the more important question is this: What does the CCP receive in return for its “investments,” “partnerships,” and “cooperative agreements” with U.S. universities? After all, the Party isn’t known for its philanthropy. There’s always a quid pro quo.

The payback comes in many forms, from getting the opportunity to steal research and disseminate propaganda, to influencing faculty hiring decisions and even weighing in on U.S. foreign policy debates.

Some of what the CCP expects to get is all too obvious.

CCP money also enables the theft of high-technology from university labs. It does this by encouraging an “open door” policy to graduate and post-graduate students from China. Thousands of PRC STEM graduates arrive on our campuses each year determined to absorb or expropriate cutting-edge technology that they can take back to China.

The CCP recruitment of leading U.S. scientists to participate in the so-called Thousand Talents program also helps in this effort, since its participants are required to train students from China in their labs. For example, Harvard professor Charles Lieber’s contract called for him to train “three or four” post-graduate students a year in each of his labs—both his “open” lab at Harvard and his secret lab in Wuhan, China.

The flood of CCP money also ensures that China’s political elite have no trouble enrolling their sons and daughters in our elite universities, despite the inability of university admissions officers to independently verify their test scores and grades, which are often fraudulent. Chinese leader Xi Jinping’s own daughter went to Harvard under an assumed name and was even the subject of a glowing New Yorker piece about her experience there.

Her matriculation at America’s premier university meant, of course, that there was one less spot available for an intelligent and hard-working young woman from the United States.

U.S. prosecutors have to date charged 55 people in the well-known U.S. college admissions scandal, in which parents allegedly bribed school officials at USC, Georgetown, and other schools to admit their children. And yet, a far greater scandal somehow goes completely unremarked. This is one in which CCP officials arrange to have millions, or even tens of millions, of dollars donated to universities, which then happily admit and educate their children and grandchildren.

Another benefit to the CCP of having free rein on U.S. campuses is that they get to help form the minds of impressionable young Americans. Their boldest initiative—setting up propaganda outposts innocently called Confucius Institutes—has fallen on hard times. But as one university after another has shut down the Confucius Institutes, CCP influence operations have moved to Chinese Student Associations, which have become better organized and much more vocal over the past few years.

Encouraged and, in some cases, funded through the local PRC embassy or consulate, these Chinese student groups have taken to repeating CCP talking points, bullying on-campus critics of China, and even actively engaging in espionage. In Australia, flash mobs of mainland Chinese students have intimidated students who were peacefully demonstrating in support of Hong Kong protestors.

University administrators, in response to these various attacks on academic freedom, have proven spineless, unwilling to criticize the donation and tuition cash cow that thousands of students from China represent. In one of the most shameful episodes in modern academic history, Harvard actually canceled a human rights event in order to not offend president-for-life Xi Jinping. Why? Because Harvard’s president was scheduled to meet with Xi on the same day.

It would have been a perfect opportunity for Harvard to demonstrate its commitment to academic-first principles. Instead, one of the most prestigious universities in the world chose to demonstrate that it didn’t have any principles, at least any that were more important than keeping good relations with the CCP dictator. Tellingly, the event was never rescheduled.

As this example suggests, U.S. universities engage in self-censorship in order to keep the money from China flowing. At the same time, they largely turn a blind eye to the theft of technology. After all, the research costs were paid for by federal grants, so it doesn’t hurt the bottom line. Offending China would.

I will let the general counsel of the Department of Education have the final word: “The evidence suggests massive investments of foreign money have bred dependency and distorted the decision-making, mission, and values of too many institutions.”