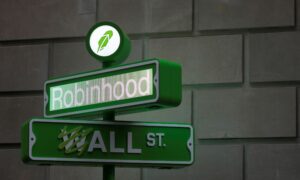 The company responded on Twitter just before 4 p.m. EDT.

“We know many of you are having trouble loading Instagram,” it said. “We identified the issue and are working to fix it ASAP. Thanks for holding on.”

It’s unclear what the source of the issue is.

Around 5:15 p.m. EDT, some people started saying via Twitter that their Instagram accounts were working again, but it remains down for others.