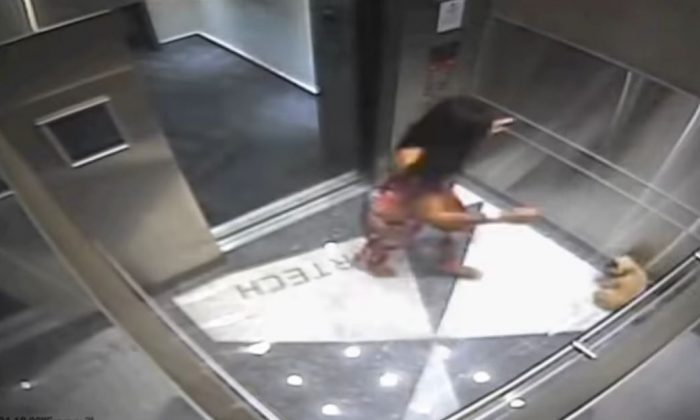 Keevonna Wilson, 26, was captured in the footage kicking her Shih Tzu-Yorkie mix in the stomach repeatedly while in an elevator at her condominium building in September 2017. (Aventura Police)
Crime and Incidents

An Instagram model who was caught on surveillance video in Florida kicking her small dog in September 2017 agreed to a plea deal that has her paying a fine and serving four years of probation.

Keevonna Wilson, 26, was captured in the footage kicking her Shih Tzu-Yorkie mix in the stomach repeatedly while in an elevator at her condominium building in Aventura.

Security guards turned the footage over to the police. “The dog appears to be scared when Wilson is apparently scolding it. It appears that the dog may have defecated or urinated in the elevator,” wrote an Aventura Police Department detective in the police report, which was published by The Smoking Gun.

“Wilson is then seen moving the dog from one side of the elevator to the other with her foot in a forceful manner. The dog attempts to evade her by moving around in the closed elevator,” the detective added. The pair exited the elevator but walked back inside, which is when the beating began.

“You can see that Wilson is mad and chasing the dog into the elevator,” the detective said. “Once inside, Chasity runs and cowers in the corner looking at Wilson as Wilson holds on to the walls of the elevator for leverage and repeatedly kicks the dog over and over again with full force into Chasity’s body.”

Miami-Dade Animal Services went to the Aventura model’s apartment and found the dog had bruises around its stomach area. The dog was taken from the model and put up for adoption.

Wilson said that she was angry at the dog because it peed in the elevator. She was arrested and charged with felony animal cruelty.

Wilson agreed on March 27 to a plea deal that has her paying a $600 fine, serving four years of probation, and wrote a letter to the court about animal abuse. In return, she was not technically convicted of animal cruelty.

Wilson, who runs the “Flawless World” Instagram page, posting a number of revealing pictures, cannot own any pets for three years. In addition, she must pay back the $2,795 bill to the veterinarian for the care her dog required after the beating, reported Local 10, and perform 200 hours of community service.

She also will undergo a mental health evaluation.

Prosecutors asked for six months in jail before the plea deal was reached.

Wilson’s attorney told the Miami Herald that prior the deal, Wilson paid authorities back more than $2,700 for the cost of the investigation and underwent anger management classes.

“She was devastated by this,” said attorney Robert Resnick. “She worked very hard to make this right.”

“Accumulating empirical evidence is demonstrating a strong association between animal cruelty and other crimes, including interpersonal violence, illegal possession of drugs and guns, and property destruction,” researchers stated. “Moreover, participation in animal cruelty in childhood is a significant marker for the development of aggressive and anti-social behavior, as well as a predictor of individuals who might engage in domestic violence.”