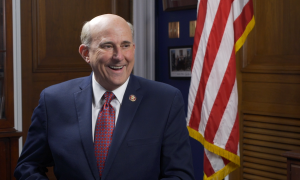 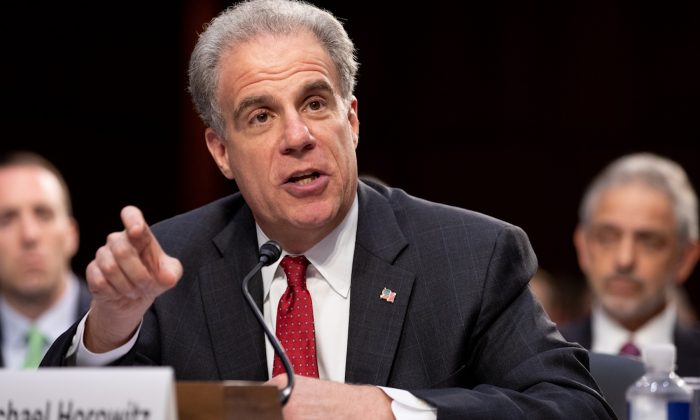 Michael Horowitz, Inspector General at the Department of Justice at a Senate hearing in Washington on June 18, 2018. (Samira Bouaou/The Epoch Times)
Politics

Justice Department Inspector General Michael Horowitz’s investigation into alleged Foreign Intelligence Surveillance Act (FISA) abuses by the department (DOJ) and FBI has been completed. He recently told lawmakers that he had submitted a draft report to the attorney general and is preparing a final draft.

“We have now begun the process of finalizing our report by providing a draft of our factual findings to the department and the FBI for classification determination and marking,” Horowitz wrote in a Sept. 13 letter addressed to several House and Senate Committee leaders.

“This step is consistent with our process for reports such as this one that involve classified material.”

He added that once the DOJ and the FBI sends a marked document back indicating classified information, the inspector general office will “proceed with our usual process for preparing final draft public and classified reports, and ensuring that appropriate reviews occur for accuracy and comment purposes.”

Horowitz has been investigating the FBI’s use of a FISA warrant to spy on Trump campaign associate Carter Page. The FISA applications relied on an unverified opposition research dossier that was compiled by former foreign spy Christopher Steele, who was hired by opposition research firm Fusion GPS and funded by Hillary Clinton’s presidential campaign and the Democratic National Committee (DNC).

Top FBI and DOJ officials signed off on the FISA application to spy on Page, despite evidence that Steele’s dossier was unverified and that the former British spy was biased against Trump. The FISA application omitted the fact that the Clinton campaign funded the dossier, as well as exculpatory details of Page’s assistance to the FBI.

In his letter, Horowitz said his team had reviewed over one million records and conducted over 100 interviews noting that several of the witnesses only recently agreed to be interviewed.

It was reported back in June that Steele had reached a deal with the inspector general to answer questions about his work for the FBI.

Horowitz wasn’t the only one probing the alleged misconduct into surveillance of the Trump campaign during the 2016 presidential election. Earlier this year, Attorney General William Barr assigned U.S. Attorney John H. Durham in Connecticut to investigate whether spying on President Donald Trump’s presidential campaign in 2016 was adequately predicated.

Correction: Lead updated to more accurately reflect the status of the investigation.