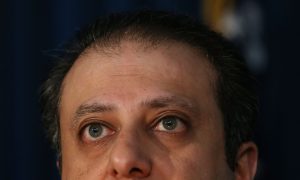 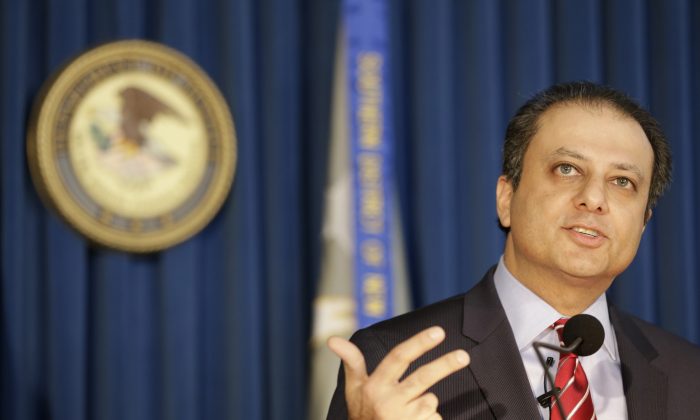 A federal court refused Friday to reconsider a ruling that dealt a blow to U.S. Attorney Preet Bharara and the prosecution of insider trading on Wall Street. The decision may limit insider trading prosecution in the future and threaten past convictions.

The 2nd U.S. Circuit Court of Appeals issued a one-paragraph ruling denying a petition from Bharara’s office in the Justice Department. The ruling stated that neither a three-judge panel, which made the original ruling in December, nor the court would hear the case again.

The December ruling had reversed the 2012 convictions of portfolio managers Anthony Chiasson, based in New York, and Todd Newman, based in Massachusetts, ending Bharara’s long winning streak of over 80 convictions for Wall Street insider trading. Chiasson had been sentenced to 6.5 years in prison, while Newman was sentenced to 4.5 years.

The court ruling appears to narrow the definition of insider trading to instances where tangible, personal benefits were exchanged. It may also serve as a model for lawyers to defend future insider trading cases.

The personal benefits of offering career advice and friendship, which prosecutors alleged in Chiasson and Newman’s cases, did not fit into this tangible definition. According to the court, Bharara’s recent prosecutions were “increasingly targeted at remote tippees many levels removed from corporate insiders.” Prior cases had usually involved defendants explicitly helping pass secrets, the court said.

Prosecutors had petitioned the court to reconsider the definition of a personal benefit. Bharara’s office stated in a filing that the “erroneous redefinition of the personal benefit requirement will dramatically limit  the government’s ability to prosecute some of the most common, culpable, and market-threatening forms of insider trading.”

Friday’s decision could also affect previous convictions, bringing them closer to being vacated.

In particular, it may impact the December 2013 conviction of Michael Steinberg, portfolio manager at hedge fund SAC Capital Advisors, for insider trading. The judge that had ruled in favor of convicting Chiasson and Newman was the same one that presided over Steinberg’s case.

As there is no precise legal definition of insider trading, it is largely up to the courts to decide where to draw the line on what is legal. The court’s decision not to reconsider the ruling may propel several bills introduced by federal lawmakers to better define the term.