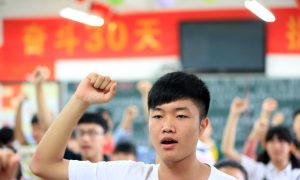 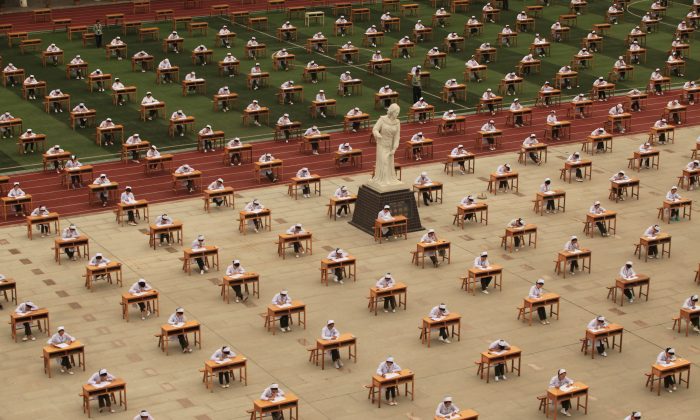 Inside the World of China’s Hired Test-Takers

When the Southern Metropolis Daily, a Chinese newspaper, sent an undercover reporter into this year’s round of nationwide university exams, it unveiled the workings of a group of professional test-takers.

Hired test-takers, known colloquially as “hired guns” are paid to take exams for others to get better scores. Many such “gunmen” are university students who earned high scores in the grueling entrance exams, or gaokao, as they are known in Chinese. Though admitted by high ranking universities, these students tend to be from struggling financial backgrounds.

Over 10 “gunmen,” including the undercover reporter, were hired by the test-taking ring from several high-tier universities in central China’s Hubei Province, according to the Southern Metropolis Daily. They were arranged to take the university entrance exam from June 7 to 9 at different test centers in southeast China’s Jiangxi Province.

One of the hired test-takers told the reporter that he was in his senior year of university; he had been a gunman for those taking the gaokao since his first year of study. Coming from a poor family, the student has earned over 100,000 yuan ($16,122) from this job.

The experienced gunman told the reporter that one score enabling study at top national universities sold for over a million yuan ($161,216).

To ensure acceptable scores, the gunmen needed to do lots of homework and solve simulation questions to prepare for the exam. There is no market for scores that only grant admittance to the third tier universities, the experienced gunman said.

The reporter and other hired test-takers had provided their photos, personal information, and educational background to the group. Two days before the exams started, they were arranged to travel to the target province of Jiangxi, where they settled in at different hotels near the testing centers.

On June 6, the reporter and other hired test takers were given forged identification cards and exam admission ticket that, while featuring their photos, have different birth dates and ID numbers, the Southern Metropolis report said.

The group told them that their fake personal identification was already in the exam system, so that the test centers would not discover the problem. Once the group sells a score, they’ll simply change the ID photo to the buyer’s photo.

On the first day of the exams on June 7, the reporter was able to enter the test center and finished the test questions without any problem. He then exposed the group to the testing authorities.

By the evening of June 8, police arrested nine suspects, not including the reporter, involved in the test-taking ring, according to the Jiangxi Province Education Bureau.

According to the state-run news Xinhua, a major reason that the hired test-taking groups are able to forge exam identification is because they bribe and collude with exam authorities.

“Some exam staff, driven by interest, are taken advantage of,” Xinhua reported says. Another factor in enabling the group to operate is the lack of supervision in the exam registration system.

Many similar organized incidents involving hired test-takers have been exposed in recent years. For instance, 165 college entrance exam takers were caught cheating in Henan Province alone, among whom 127 were “gunmen.”

“The value system only looks at scores, and the employment mechanism that only looks at one’s educational background encourage students to violate the rules, and even causes some teachers and schools to engage in the practice.”

Lack of supervision and legal protocol to punish paid test-taking is another reason that allows the practice continue to be rampant, according to Yu Yafeng, a professor at Beijing Capital University, Xinhua reported.

Students caught cheating in the gaokao face invalidation of their scores, and one to three-year suspension from the exams, China’s education ministry stated. “Gunmen” who are university students will be expelled from their schools.