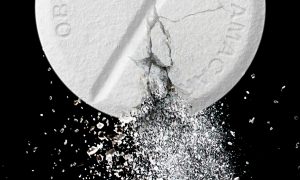 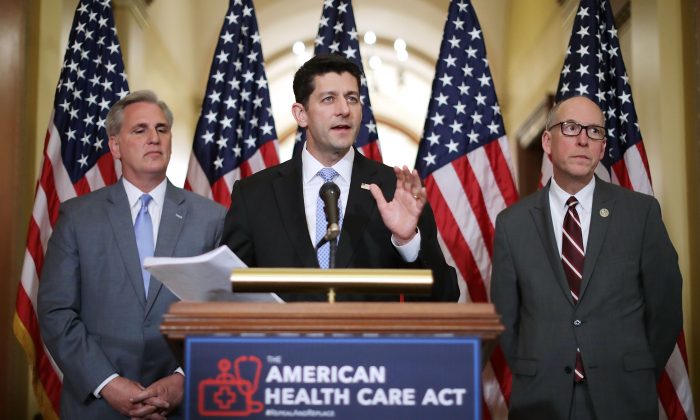 The House Republican leadership unveiled its replacement bill for the Affordable Care Act, commonly known as Obamacare, on March 6.

While the bill will likely change as it works its way through committees and the House and Senate floors, it provides a good look at what the Republican priorities are.

The bill is limited to what can be achieved through the process of reconciliation, which is limited to changing budget appropriations. This way no filibuster in the Senate is possible; it can pass with a simple majority.

That’s why the bill does not fulfill some of President Donald Trump’s promises, such as medical tort reform or enabling insurance to be sold across state lines. Such changes are expected in another bill that will need bipartisan support to pass.

Whether the current bill will have the votes to pass remains to be seen. Leaders of the House Freedom Caucus and the Republican Study Committee have come out against the bill, as has Kentucky Senator Rand Paul. They favor a bill that would completely repeal Obamacare, and then be followed by discussions on what a replacement bill would look like. Trump has promised to play an active role in urging Congress to pass the bill.

Obamacare subsidies are replaced with tax credits. The credits are based on age and the number of children one has. A person under 30 can claim $2,000 a year, scaling up to $4,000 a year for a person over 60, plus $2,000 a year for each child (up to five children). For people earning over $75,000, the credits are reduced depending on how much more they earn. For married couples filing taxes jointly the credits are reduced with income surpassing $150,000. While Obamacare subsidies only applied to people insured on Obamacare exchanges, the tax credits apply to all those who don’t receive insurance through work or a government program.

Mandated insurance is replaced with premium hikes for discontinuing insurance. Instead of penalizing people for not buying insurance under Obamacare, the new bill requires insurers to hike premiums by 30 percent for a year if one was uninsured for more than 63 days during the previous year.

People with pre-existing conditions can’t be denied coverage or charged more, just as under Obamacare.

Medicaid funding gets capped per enrollee category. In effect, starting this year, states’ annual Medicaid expenses will only be allowed to increase by a certain percentage derived from the Consumer Price Index increase. The federal government won’t reimburse the states for any expenses above the cap, starting in 2020.

Health Savings Account maximum contribution is increased to at least $6,550 for self-only coverage and $13,100 for family coverage beginning in 2018.

Seniors can be charged higher premiums. Under Obamacare, the most generous plan for older customers can’t cost more than triple the cost of the least generous plan for young adults. The new bill increases the ratio to five-to-one and lets the states set their own ratios.

Obamacare coverage tiers will be nixed to give insurers more flexibility to devise plans.

States get $15 billion a year to subsidize the cost of health care. States will have discretion over how to use the money, including enrolling more people, reducing premiums and copayments, and expanding access to mental health and substance abuse disorders treatment. This funding will be reduced to $10 billion a year starting in 2019. It ends in 2026.

Medicaid providers in states that didn’t expand Medicaid under Obamacare get $2 billion per year in federal funding. The funding expires in 2022. It also allows states to continue to provide Medicaid coverage for an individual if the denial of coverage would cause an undue medical or financial hardship.

Documentation of citizenship or lawful presence is required to obtain Medicaid coverage.

The bill restores the tax deduction employers could take against covering prescription drug costs for their retired employees that was in effect before Obamacare.

Federally Qualified Health Centers get $422 million in 2017. The centers are described as community-based outpatient facilities that provide health services to medically underserved populations.

Funding for Planned Parenthood is frozen for one year, unless the organization stops offering abortions beyond cases of rape, incest, and when it’s necessary to save the woman’s life.

The annual $1 billion Prevention and Public Health Fund will be nixed in 2019. The fund was dedicated to “prevention, wellness, and public health activities.” Lawmakers were concerned that each year that Congress appropriated the money, the Health Department was free to allocate the money as it saw fit, with little oversight.

This list is not exhaustive. Many of the points stated above also have exceptions to them. Summaries of the bill can be found here and here.