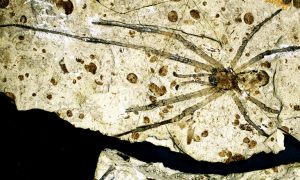 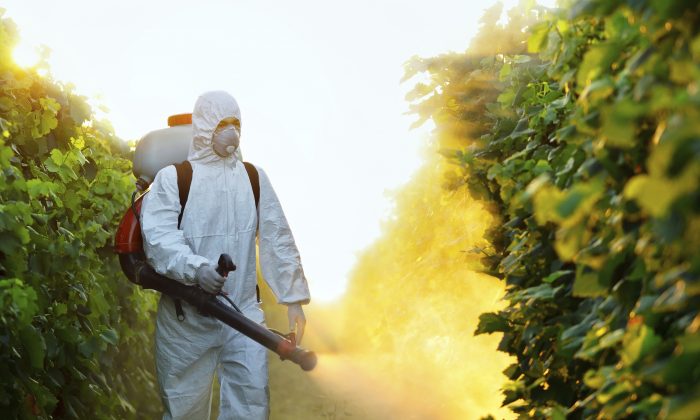 Insecticides that are sprayed in orchards and fields across North America may be more toxic to spiders than scientists previously believed.

For a new study, researchers looked at changes in the behavior of individual bronze jumping spiders both before and after exposure to Phosmet, a widely used broad-spectrum insecticide.

“Bronze jumping spiders play an important role in orchards and fields, especially at the beginning of the agricultural season, by eating many of the pests like the oblique-banded leafroller, a moth that attacks young plants and fruit,” says Raphaël Royauté, a former McGill University Ph.D. student whose study on the subject appears in Functional Ecology.

“Farmers spray insecticides on the plants to get rid of these same pests, and it was thought that it had little significant effect on the spiders’ behaviors. But we now know that this isn’t the case.”

Exposure to insecticide affected the spiders’ ability to leap on prey and their interest in exploring new territory, both of which are crucial to their survival and to their role in keeping down pests.

“Most individuals have an individual signature in their behaviors, what scientist call “personality types” says Royauté. “Some individuals are willing to take risks when predators are present, explore new territories faster, or capture prey more quickly. But the effects of insecticides on personality types remains poorly described.”

In general, the behavior of spiders became more “unpredictable” and individuals behaved less according to their personality type once they were exposed to insecticide, possibly because some individuals are much more sensitive to the insecticide than others.

Interestingly, the researchers also found that male and female spiders were affected differently. Males who had been exposed to the insecticide were able to continue to capture prey as they had before, but “lost” their personality type when exploring their environment. Females, on the other hand, were much more affected in their ability to capture prey.

“By looking at the way that insecticides affect individual spider behaviors, rather than averaging out the effects on the spider population as a whole, as is traditionally done in scientific research, we are able to see some significant effects that we might have otherwise missed,” says coauthor Chris Buddle.

“It means we can measure the effects of insecticides before any effects on the spider population as a whole are detected, and in this case, it’s raising some red flags.”

The researchers hope that this study will lead to the reevaluation of procedures used to estimate the toxicity of insecticidal compounds by encouraging other researchers to pay more attention to effects occurring at the individual level.

The Natural Sciences and Engineering Council of Canada and Agriculture and Agri-food Canada supported the work.

This article was originally published by McGill University in Montreal, Quebec. Republished via Futurity.org under Creative Commons License 4.0.