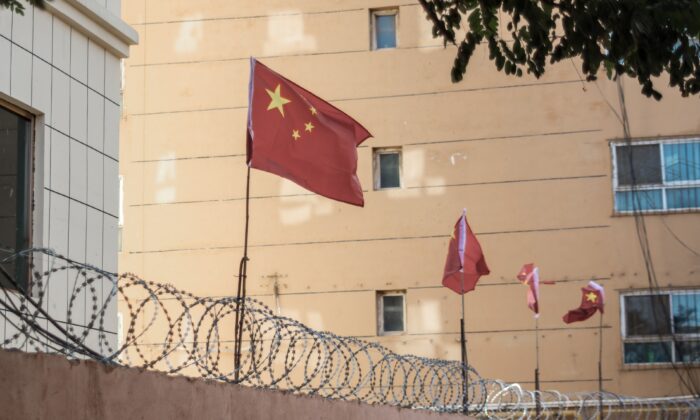 Demand is growing for an immediate investigation into Western Australia’s (WA) $1.3 billion railcar contract, which was awarded to a firm sourcing parts from a Chinese company that has linkages to Uyghur slave labour.

The contract to build 246 rail cars between the Australian government and Alstom—a French rail transport company—was signed in 2019, with all 246 rail cars to be built in the state and was the largest contract awarded in Perth.

However, half of the components for the rail cars will be supplied by the KTK Group, a Chinese firm which the U.S. government has named as one of eleven companies allegedly involved in human rights violations in “China’s campaign of repression, mass arbitrary detention, forced labour and high-technology surveillance against Uyghurs, Kazakhs, and other members of Muslim minority groups.”

Additionally, a report by the Australian Strategic Policy Institute (ASPI) think tank last year, titled “Uyghurs for Sale,” found the contractor, Alstom, to be one of 82 companies potentially directly or indirectly benefiting from the use of Uyghur slave workers in Xinjiang.

The report found that Uyghurs, who were forced to work in Xinjiang, had also been transported to work in Chinese factories in other parts of China under a “revived, exploitative government-led labour transfer scheme.”

The WA government did not respond to a question asking whether it supported an independent investigation into the source of the railcar components, stating instead that it would rely upon Alstom assurances that no slave labour and exploitation was involved in their supply chain.

“In November 2020, Alstom Global had a third-party human rights audit conducted of their supply chain by an external world-leading audit company,” WA Transport Minister Rita Saffioti told The Epoch Times in an email.

“This independent audit did not identify any forced labour issue that necessitates a change in supplier,” she said.

“I have asked the Public Transport Authority to closely monitor the situation and continue to work with Alstom to ensure all suppliers uphold the high standards expected by the WA community.”

However, WA Shadow Minister for Planning Neil Thomson, who had formally called on the Labor government to support the bi-partisan investigation, said a freedom of information request revealed the state had declined an offer to source the components from Australia.

“In December 2020, Minister for Transport Rita Saffioti was alerted to this problem and was given the option, if directed, to source the supplies here in Australia. But she chose not to,” Thomson told Sky News.

He also expressed deep concern about the WA state government’s eagerness in doing business with China.

“This whole contract could have been delivered here by Australian suppliers, and we chose not to, and you have to ask, ‘why?'”

Freedom of information documents seen by The Epoch Times uncovered that in 2020, a director at the Perth Theatre Trust responsible for the state-owned venues had apologised to Chinese Communist Party (CCP) officials at the Chinese consulate in Perth after they requested a meeting about the Taiwanese performance.

The details of the apology had been released to Shen Yun, a New York-based classical Chinese performance company that is dedicated to keeping the traditional Chinese art and history before communism alive.

A local presenter for Shen Yun told The Epoch Times they had been refused access to participate in any of the state theatres after applying every year over the last decade and that the Perth Theatre Trust had “made it clear we were not welcome.”

The WA government has previously been criticised for its support of the Chinese government, including outcries from human rights groups after WA Premier Mark McGowan met with CCP officials to celebrate the anniversary of the communist regime’s establishment.

McGowan has also personally met with or delivered speeches to CCP officials on at least 34 occasions since the start of 2016—with at least four visits to China between 2017 and 2019—and has staunchly defended Beijing from criticism by the federal government on numerous occasions, expressing a willingness to return once borders reopened.

The WA government has justified maintaining close relations with Beijing, with the state recording a record $5.6 billion budget surplus fueled by iron ore exports to China.

“Western Australia continues to be a reliable, very strong trading partner and a state that wants to continue to have a good relationship … When I get the opportunity to travel [to China] and make sure we re-engage, I will do that,” he said.