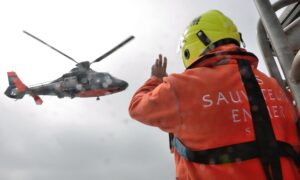 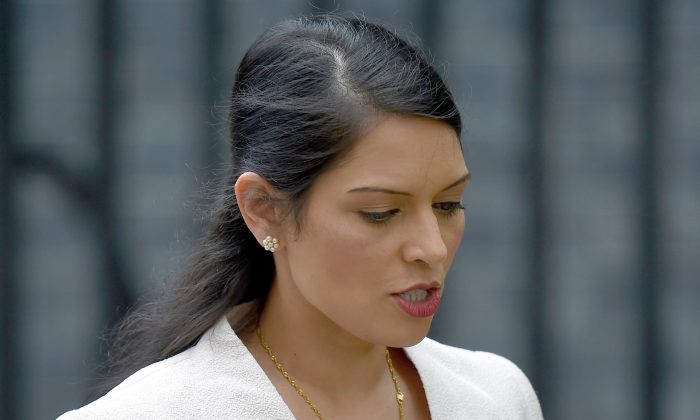 Britain’s ministerial code adviser has resigned after Prime Minister Boris Johnson overrode his findings and said that Home Secretary Priti Patel did not breach the code on bullying and harassment.

In a long-awaited report (pdf) out on Friday Johnson’s independent adviser, Sir Alex Allan concluded that Patel had not “consistently met” with the “high standards” of the ministerial code.

Johnson, however, stood by Patel, saying in a statement that “as the arbiter” of the code he had weighed up “all the factors” and decided Patel had not breached it.

In protest, Allan has resigned.

“I recognise that it is for the prime minister to make a judgment on whether actions by a minister amount to a breach of the Ministerial Code,” Allan said. “But I feel that it is right that I should now resign from my position.”

Johnson’s government has had an uneasy relationship with senior officials, with several leaving their posts since his election win last December, as part of what was viewed as his former chief adviser Dominic Cummings’ desire to shake up the civil service.

Allan’s findings relate to allegations of bullying of civil servants by Patel when she was International Development Secretary three years ago.

A cabinet investigation was launched in March following the resignation of top civil servant Sir Philip Rutnam who accused Patel of mistreatment.

Despite Allan’s resignation over Johnson overriding him and its conclusion that Patel had breached the ministerial code, his report itself was less than damning.

Allan said Patel had occasionally exhibited what “can be described” as bullying, but rather than being intentional on her part, it had only been “in terms of the impact felt by individuals.”

Despite being described as action-orientated and direct, she puts “great store by professional open relationships,” he said.

He said she had “justifiably in many instances” become frustrated with a “lack of responsiveness” from civil servants and had legitimately felt a lack of support.

He said he had found evidence that this had triggered “forceful expression, including some occasions of shouting and swearing” from Patel that had unintentionally upset some individuals.

Allan found no evidence, however, of the “comments or actions relating to personal characteristics” that would have breached the ministerial code on “harassing, bullying or other inappropriate or discriminating behaviour.”

In further mitigation, Allan said Patel had not been given any feedback at the time on the impact of her behaviours and due to not being made aware, could not address the issues complained of.

Allan also said the civil service itself was partly culpable in the matter.

He said the service needs to “reflect on its role” and that it had not been flexible enough to Patel’s “requests and direction.”

Staunch criticism had come from the civil service union, the FDA, on the tardiness of Johnson releasing Allan’s report.

The union’s General Secretary Dave Penman told LBC radio on Friday morning that when the report was “concluded in the summer” the government “sat on it.” Penman speculated that this was “because presumably, its conclusions were inconvenient.”

Following Allan’s resignation, Penman wrote on Twitter that “these are the most extraordinary circumstances.”

No Intention to Upset

Patel said it had never been her intention to upset anyone.

“I am sorry that my behaviour in the past has upset people,” she said in a statement. “I acknowledge that I am direct and have at times got frustrated. I would like to thank the Prime Minister for his support.

Colleagues rallied round her, describing her as kind and courteous.

However, Keir Starmer, the leader of the opposition Labour Party, said he would have sacked her and demanded the report be published in full.

While announcing his decision to back Patel, Johnson said he had “full confidence” in her and “considers this matter now closed.”

He added that he was “grateful to the thousands of civil servants working extremely hard to support delivery of the Government’s priorities.”