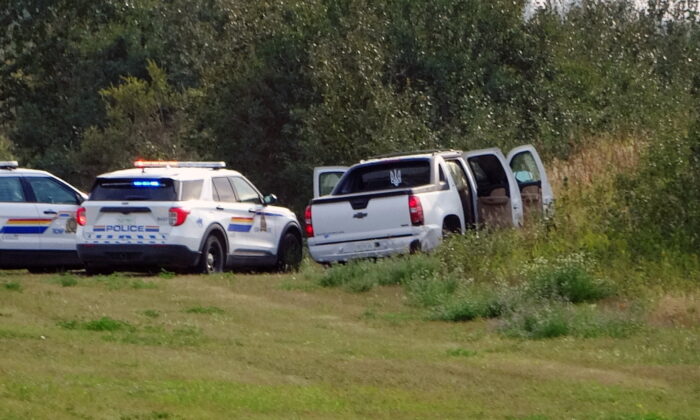 Police and investigators are seen at the side of the road outside Rosthern, Saskatchewan on Sept. 7, 2022. (The Canadian Press/Kelly Geraldine Malone)
Canada

Inquests to Be Held Into Saskatchewan Stabbings, Death of Suspect in Custody

One is to focus on 11 deaths on the James Smith Cree Nation and in the nearby village of Weldon. The other is to focus on the death of suspect Myles Sanderson in police custody days later.

RCMP have said Sanderson went into medical distress shortly after he was taken into custody on a rural road near Rosthern, Sask. He was pronounced dead at hospital.

Weighill said that with no suspects to stand trial, people are left wanting answers. So he has ordered the two inquests.

“Without a public hearing of the facts, it will leave many questions unanswered from the families and the public pertaining to the circumstances leading to the deaths,” Weighill said.

“The events that occurred require a methodical and complete investigation.”

RCMP also named Sanderson’s brother, Damien Sanderson, as a murder suspect and his body was one of the 11 found on the First Nation. Police said he died of wounds that were not self-inflicted, and his brother was also considered a suspect in that death.

Weighill added that he intends to have all Indigenous people sit on the inquest juries.

He said he expects an inquest could happen in the spring or summer of next year.