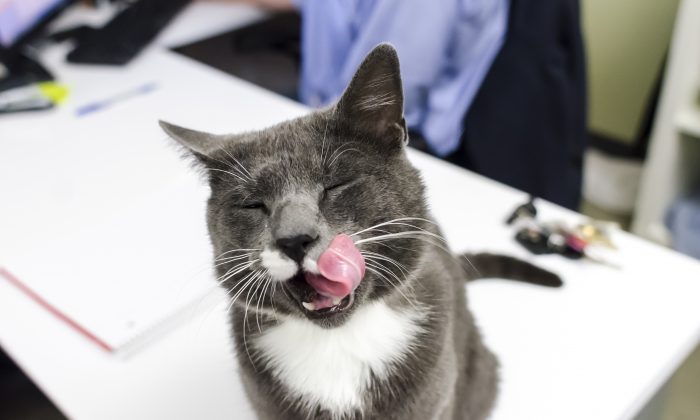 King, a gray and white cat brutally kicked 20-feet for a Facebook video in Brooklyn last month, was adopted Sunday within hours of becoming available.

A day after the video was posted, police brought the cat to the American Society for the Prevention of Cruelty to Animals (ASPCA). He has since undergone a full medical and behavioral evaluation.

ASPCA said the cat has a tendency to bite gently when excited and needs to work with a doctor, so he would do best with someone with experience with cats. King also plays roughly with other cats and would do best in a single-cat household, ASPCA wrote.

King had been recovering at the ASPCA Animal Hospital after being kicked May 2, and recovered in a week. Many inquired about adopting the cat when his recovery was announced May 9, but ASPCA said King was not ready for adoption yet.

When ASPCA announced it would start taking applications for the adoption Sunday, King was adopted the same day.

The video was posted on Facebook by 21-year-old Andre Robinson, who was arrested May 5. A day after, animal rights groups and the police found King and brought him to the ASPCA. Robinson was released without bail and ordered to return to court Monday, June 9.