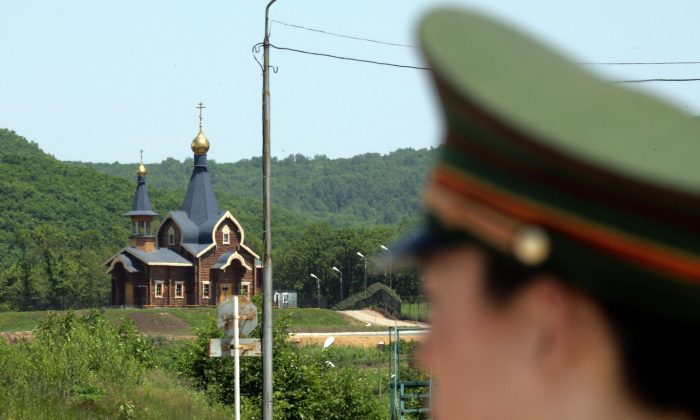 Yin Minhong, a People’s Liberation Army veteran, has been rebuffed by Chinese judges for the second time after filing complaints demanding an official explanation about the diplomatic status of China’s northern territories.

Beginning in the 1800s, a number of foreign powers imposed their will on a weak and unstable imperial China, painfully reflected in various “unequal treaties” and territorial concessions — including a coercive agreement with Czarist Russia in which the Chinese Qing Dynasty gave up massive portions of Manchuria, Mongolia (then a Chinese imperial province), and Central Asia. Today, these regions are part of the Russian Far East, Mongolia, and other countries.

While most of the colonial indignities were reversed by the Chinese republican government during and around World War II, the Chinese Communist Party (CCP), which has held power since 1949, has declined to address Russia’s role in what ordinary Chinese are taught to view as a “Century of Humiliation.”

According to Taiwan’s Liberty Times, Yin filed two complaints against the Chinese authorities for concealing the history of China’s lost northern territories.

In an initial case filed with the Chinese Ministry of Foreign Affairs last August, Yin asked “whether the People’s Republic of China had signed an agreement to cede the Chinese territory [of Tannu Uriankhai] after 1949.” He received an answer the next month, which stated that data about national territory was classified material and not open for public access.

Tannu Uriankhai was a region of about 168,600 square kilometers (65,000 square miles) in Russia that borders the modern state of Mongolia. Until its occupation by Russia in the 1800s, Tannu Uriankhai was sovereign territory of Qing China. In 1921, Russian communist revolutionaries established the Tuvan People’s Republic, which was then annexed to the Soviet Union in 1944.

The Republic of China, which was driven out of mainland China by the CCP in 1949, has never formally given up its claims of sovereignty on the lost Qing territories.

The Foreign Ministry had also noted that if Yin was not satisfied with its response, he could apply for an administrative review or file a lawsuit in court. In March, Yin filed his second case with the Beijing No. 3 Intermediate People’s Court, which dismissed the lawsuit. Yin appealed, but on Sept. 10, the case was dismissed again, this time by the High People’s Court.

In 1999, then-CCP leader Jiang Zemin signed a protocol with former Russian president Boris Yeltsin to permanently settle the matter of land ceded by Qing China in the unequal treaties.

As a result of the agreement between Jiang and Yeltsin, the People’s Republic of China acknowledged Russia’s sovereignty to over 1 million square kilometers (about 386,000 square miles) of disputed territory, including Tannu Uriankhai.

“Why do they have to make such a simple question so complicated?” a Nov. 5 WeChat social media post by China’s Lüku Law Service Company said. “The response from the Ministry of Foreign Affairs [is equivalent to saying] that China’s territory is confidential information, so the Chinese people have no right to this knowledge. The Beijing High Court’s reply confirms that the Foreign Ministry’s response was correct, so they won’t take care of it. … If even the Chinese people themselves have no right to know about China’s territory, who is allowed to know?”

The law firm also noted that Article 282 of the Chinese Criminal Law stipulates that the crime of illegally obtaining state secrets is punishable by imprisonment of up to three years, criminal detention, administrative control, or deprivation of political rights; for serious cases, the law calls for a sentence of between three and seven years’ imprisonment.

“Certain people should take care,” the law firm added satirically, “because if you know the actual map of China, you are at risk of being held criminally liable.”