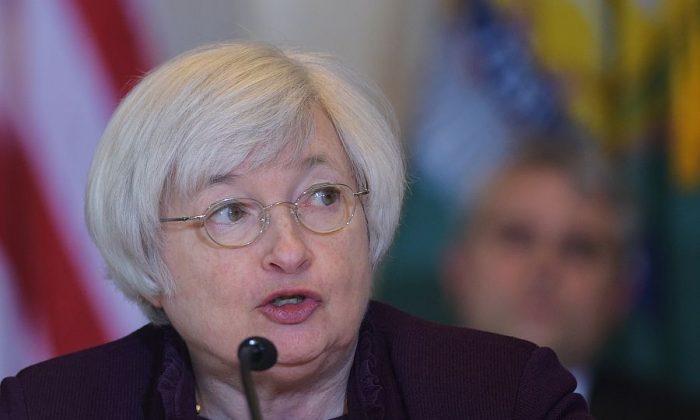 To head off a tough bout with stagflation, slow growth and high inflation, the Federal Reserve should start raising interest rates soon.

Most economists expected 2014 to be a breakout year. A surge in new home construction was expected to instigate growth and job creation throughout the economy, even as inflation remained reasonably tame.

So far the reverse appears to be happening.

During the last year, consumer prices have risen 2 percent, which is nicely within the Fed’s target range, but in recent months, food and energy prices have increased sharply.

Sales to China and poor growing conditions are making milk expensive and steak a special occasion luxury rather than a weekly staple on the family menu. Americans are buying more gasoline, and natural gas suppliers are finding new industrial customers and building out distribution to more homes, pushing up utility prices.

More importantly, millions of Americans are jobless more than six months, and many adults apparently have left the labor market permanently. Others’ skills have rusted and are no longer marketable.

Fed Chair Janet Yellen may express great concern for the plight of families with breadwinners relegated to part-time and temporary employment in a lethargic recovery, but businesses seeking workers in many industries and occupations complain about shortages of qualified applicants.

Average wages may not be keeping up with inflation, but that is because employers are creating millions of low-wage jobs in restaurants and the like. Yet shortages constrain job growth in many higher paying skill-intensive activities such as finance, technology, and manufacturing. And for those with specialized skills, wage gains are contributing to increasing income inequality.

So far, the housing takeoff has simply not taken off. Prices are rising, but new home construction remains well below pre-crisis levels and has disappointed forecasters so far this year.

According to the S&P Case-Shiller survey, existing home prices in the 20 largest metropolitan markets are up nearly 13 percent during the last year. Yet this spring, builders report very slow traffic in new-home showrooms.

Apartment rentals are booming, because folks in their late 20s and early 30s are proving a tough sell on the American dream—four bedrooms, three baths, and a lawn to mow on Saturdays.

Even successful young people—those with engineering and accounting degrees and good jobs in their fields—are terribly burdened by student debt, making obsolete the notion they can allocate 30 percent or so of their paychecks to mortgage payments.

Some 20 million homeowners are still underwater on their mortgages or have too little equity to sell their homes and pay the realtor’s fees and other selling costs. Consequently, the supply of smaller existing homes available to young buyers is limited and too pricey. In turn, more middle-aged homeowners cannot sell and rush to new home showrooms to buy the latest, best, and biggest homes as they were able to do in pre-crisis boom times.

Also, open land around cities within reasonable commuting distance to jobs is becoming scarcer, and builders are complaining about shortages of parcels that can be developed.

Rolled together, the supply of new homes is constrained and prices are rising, even as demand is weak. And throughout the economy inflation has similarly picked up, even though growth remains mediocre.

Consumer price inflation, less food and energy, or the so-called core rate, exceeded 2.5 percent in March and April, and wholesale prices are moving up even faster. If the Fed does not want inflation to get out of control, it best start tightening monetary policy soon.

The Fed is on track to end its purchases of long-term Treasury and mortgage-backed securities by the end of the year, and the minutes of its policymaking committee indicate the focus is now on how and when to raise interest rates in 2015.

Once out of control—as it was during the Ford and Carter years, inflation becomes very tough to contain.

Yellen: Regarding inflation, it’s later than you think.