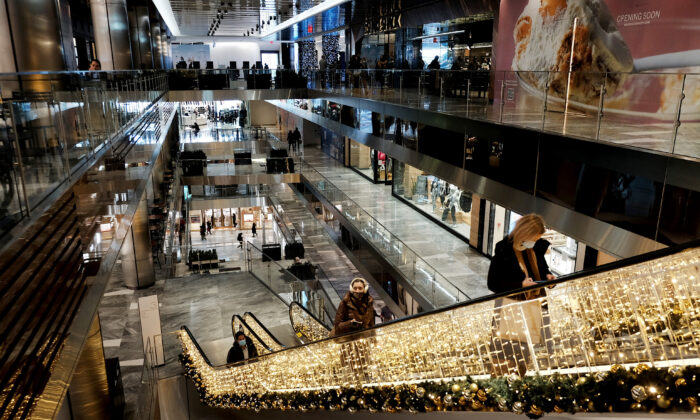 Inflation has overtaken the COVID-19 pandemic as Americans’ top economic concern for 2022, according to the latest edition of the Argyle-Leger Confidence Report.

Market research and analytics firm Argyle said in a Jan. 31 statement that, while many Americans fear that the pandemic will continue to have a damaging impact on the economy in 2022, it’s surging prices that are front-of-mind.

Based on a survey of 1,005 Americans between Jan. 1 and 2, the report found that 66 percent of respondents cited inflation as their top worry for this year, 53 percent said it was the COVID-19 pandemic, 38 percent cited supply chain problems, and 31 percent pointed to excessive government spending.

“While there are many reasons for public pessimism as 2022 begins, it’s eye-opening to see inflation dwarf the pandemic as a top concern,” Argyle CEO Daniel Tisch said in a statement. “The fact that COVID is now a secondary economic issue is a critical sea change–one that must transform the way business and government leaders communicate with their public and stakeholders.”

Inflation has surged in countries across the world, with economists blaming a range of factors, including pandemic-related supply chain and labor force dislocations. Historically unprecedented levels of fiscal and monetary stimulus, along with savings accumulated during the pandemic, have also bolstered demand in the face of constrained supply, pushing up prices.

Most economists initially sided with central bankers in predicting “transitory” inflation that would soon pass, but with each successive economic data release showing more persistent price pressures, that framing has undergone a shift.

The latest quarterly Reuters survey of over 500 economists showed a much stickier inflation outlook than the previous one. The economists raised their 2022 inflation expectations for most of the 46 economies covered by the survey, while nearly 40 percent said inflation was the chief risk to the global economy this year—the most popular choice—with 35 percent saying it was new COVID-19 variants and 22 percent worrying about central banks hiking rates too fast.

While initially wedded to the “transitory” narrative, the Federal Reserve said late last year that it would stop using the term to describe the current bout of inflation. At its most recent policy meeting, the Fed signaled it would raise interest rates in March after whittling down its asset-buying program to zero. Markets are now pricing in four or five Fed rate hikes this year.

Inflation has also been a major factor depressing U.S. consumer sentiment, which fell to a decade low in late January.

Meanwhile, Americans’ expectations for what inflation will be at the one-year and three-year horizons remained stuck at near record high readings for the second month in a row in December, according to the latest survey from the New York Federal Reserve.