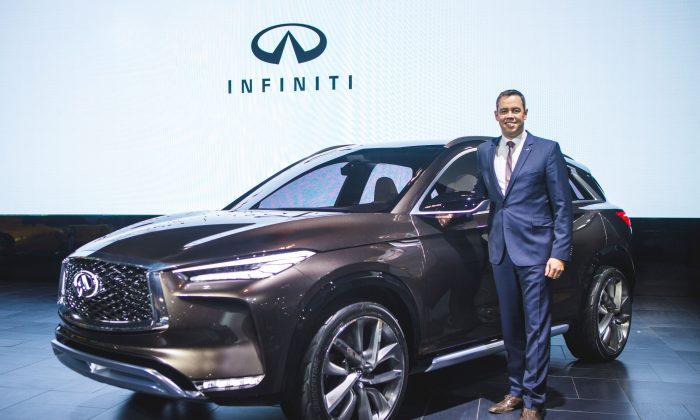 Infiniti: Performance is Where Things Begin

Late 1989 was a busy time on the automotive front in North America. Three Japanese auto manufacturers started building and exporting a limited number of premium, luxury vehicles under different organizational names from their original parent entities. For Toyota it was Lexus. For Honda, Acura and for Nissan it was Infiniti.

The Japanese government had imposed voluntary export restraints for the market in the United States, so it was more profitable for automakers to export more expensive cars to the U.S. These different, lucrative new names made sound business sense and were at first, perceived with some doubt by a wary car-buying public. There was really no expectation of any Japanese automotive manufacturer being able to design, engineer, build, and subsequently market up-scale, premium models to consumers to whom “affordable” automotive luxury meant familiar brands such as Cadillac, Mercedes-Benz, BMW, and Audi.

And so the Infiniti marque was launched with two models, the Q45 the fledgling brand’s flagship or “halo” sedan, and the M30.

During the 1990s, sales of Infiniti-badged cars faltered. Even with the introduction of the QX4 in 1997 as the first mid-size, premium SUV, the brand somehow struggled. There were some missteps and for a while, it appeared that Nissan’s experiment may well be doomed.

By 2000, large Japanese companies were feeling the effect of the Japanese asset price bubble, and the reduced desirability of Infiniti as a viable luxury brand led to its facing extinction. Consequently, Infiniti rededicated itself to developing a dynamic and powerful lineup of sporty, luxury cars. This coincided with parent company Nissan entering into an unusual but prescient alliance with Renault under the direction of Nissan’s president and CEO Carlos Ghosn.

Although this effort began with a completely redesigned Q45 flagship for the 2002 model year, it was the G35 that helped improve Infiniti sales in 2003 and began to change things. Within Japan, Nissan had a well-established reputation with premium level performance sedans after Nissan acquired the Prince Motor Company and integrated, among others, the Nissan Skyline. This Nissan Skyline-based Infiniti G35, was successfully launched after it was voted Motor Trend Car of the Year in 2003 and it replaced, and eclipsed the faltering G20.

2003 Was a Turning Point for Infiniti

In 2003 Carlos Ghosn, developed a business strategy to break Infiniti away from its Nissan roots. Infiniti’s “G” series helped re-define Infiniti as the “Japanese BMW”, aimed directly at the BMW 3 Series of sedans and coupes. Soon two new, additional models, the M35/M45 garnered acclaim from the automotive press, winning an eight-car comparison test in Car and Driver, and the model was named the best luxury sedan by Consumer Reports. The M45 model featured the same engine as the Q45, and the M45 became the flagship model after the Q45 was discontinued.

This was the brand’s tipping point.

Since then in Canada, the brand has performed reasonably well—until calendar 2014 when there was a blip representing an almost 20 percent increase. 2016 was the best year to date for the marque with 12,094 sedans and crossovers sold.

With this success and solid and aggressive future plans unfolding, Epoch Times sat down with managing director of Infiniti Canada, Stephen Lester.

Epoch Times: Infiniti has, in recent years done well. Is there, are there any specific qualities that you might state stand out? What are some of the unique selling features of this brand? Why would someone choose Infiniti over other Japanese luxury brands such as Lexus or Acura?

Stephen Lester: Great question! If I was only able to answer with one word, I would have to say performance. With the past earned success of the G35 and G37 cars, the Infiniti brand demonstrated to customers that a Japanese premium-badged automobile could create a similar reaction in drivers that had traditionally been “felt” by loyal BMW customers. They were behind the wheel of an automobile with a heart. Today’s Q60 continues to embody that very same feeling, that almost visceral edge combined with features and tech that enhance the driver and passenger experience.

In addition, our research continues to show that existing and new customers are also drawn to the design of our vehicles. There is curb appeal, strong aesthetics. Especially in our crossovers of all sizes as they have evolved these last few years.

This all started with the unique FX35 and is now lauded in the all new QX70—a great example of how the brand is different, the design is forward—and this attracts people to their uniqueness.

Epoch Times: Considering performance, Infiniti has become a brand that is well-known for its involvement in the fast-paced, international world of Formula 1 racing. As a global conglomerate, how does this affiliation with performance and innovation translate to the dealer showroom floor? How does this help the brand as far as technology is concerned? Will we see (tongue planted firmly in cheek) a nuclear-powered Infiniti in the future?

Mr. Lester: (Laughs) With our hands-on development in hybrids, especially in the highly-competitive Formula 1 arena, we can transfer much of what we have learned, gained from our endless hours on tracks around the world and use that knowledge to benefit our customers without being ridiculous about it. We can transfer the design, engineering, and overall results into our consumer-driven lineup. It’s having the ability to adapt. We have some of the brightest minds in the world on our engineering teams and they are dedicated to making the Infiniti brand all that it can possibly be. With our road cars, for example, we are able to implement much of what we have learned and continue to learn on the finest racetracks around the world. We are able to further support our efforts with track-tested data and innovative technology, all of which will benefit every vehicle whether it’s about fuel economy, acceleration, braking—pretty much every integral aspect of the performance of any Infiniti vehicle.

Epoch Times: There has been some interesting chatter recently of the development of a new four-cylinder engine developed by Infiniti. What can you share with our readers?

Mr. Lester: With the new VC-Turbo engine, for example, we have successfully tested and developed a high-output variable compression four-cylinder engine with amazing six-cylinder performance and output. VC-Turbo (Variable Compression Turbo) is the world’s first production-ready variable compression ratio engine. Within Infiniti, we strongly believe that this is one of the most advanced internal combustion engines ever created. Simply, VC-Turbo technology combines the power of a high-performance 2.0-litre turbo gasoline engine with the torque and overall efficiency of an advanced diesel powertrain without the equivalent emissions. At this time this engine excites us greatly. We have seen this engine yielding fuel efficiency of 27 percent better than some of our existing internal combustion engines

Mr. Lester: Precisely. While OEMs and engineers the world over continue to search for alternate and viable means of efficiently propelling vehicles, the internal combustion is far from on its last legs. We believe that it’s almost incumbent on OEMs, especially a future-forward one like Infiniti, to continue to push any and all perceived boundaries. This also relates to the physical design of our cars. A better engine without improved aerodynamics and reduction of heavy components are key for us going forward. All that in a safe and reliable package, too.

Epoch Times: At the moment, there are two successful hybrid vehicles within the Infiniti lineup—the Q50 and the QX60. What might consumers expect for the future?

Mr. Lester: Those two cars represent a significant chunk of the premium brand market that utilizes hybrid technology—a successful sedan and a crossover. Looking beyond, it’s not prudent to discuss further developments in that arena at this time. More, much more to come.

Epoch Times: Why is the premise of affordable luxury for a premium brand such as Infiniti so important?

Mr. Lester: For Infiniti, it’s all about the value proposition. It’s also the combination of our leading-edge technology and design. Consider the QX30. This is the first luxury sub-compact crossover on the market. Some of our customers wanted some of the Infiniti features in a slightly smaller, more compact package and we were able to oblige. Further, if you look at the QX50 concept, the sum of the parts represents everything which embodies Infiniti. Sweeping lines, useful tech, improved fuel efficiency, and driver-first consideration—it’s all part of the Infiniti value proposition.

Epoch Times: As a respected OEM, what has or will Infiniti do to provide better connectivity within your lineup without sacrificing safety? How does connectivity play into Infiniti’s promise?

Mr. Lester: With our new Infiniti InTouch system, we continue to demonstrate our commitment to connected tech without jeopardizing or encouraging users to commit themselves to illegal activities. The market and our customers have an expectation which we, as a manufacturer are committed to providing. The Infiniti InTouch premise, utilizes state-of-the-art hardware and software and seamlessly integrates navigation, convenience, security, and entertainment into a dash-mounted system. It helps protect the vehicle’s owner and passenger by assisting the driver to utilize technology, when required, in a safe and effortless manner. Infiniti InTouch will guide you where you need to go, and keeps you in touch the whole way there and can all be accomplished with voice commands. Engage your GPS, establish an ambient cabin temperature, and listen to a favourite satellite radio station: you can do it all while staying focused on what matters most—driving.

Epoch Times: Thank you for your time and insight. We look forward to following up on this discussion in the very near future and learn what else Infiniti will bring to the automotive table.