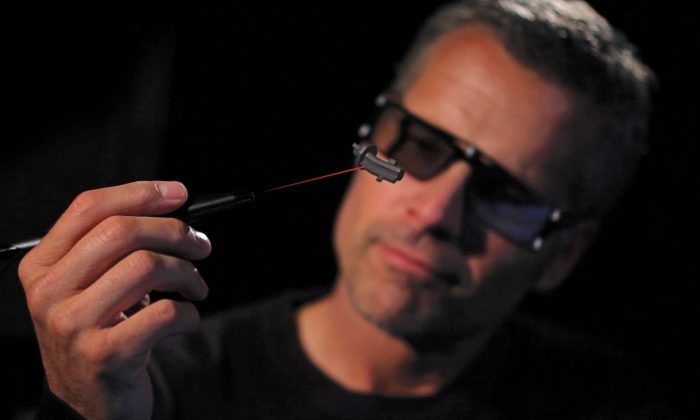 Infinite Z Aims to Change How We Use Computers

After enjoying close to 30 years of rule nearly unchecked, the mouse and keyboard are seeing new systems gathering at the gates, ready to overthrow their rule and move computing into a new age.

Many have tried. There were pen tablets, then touchscreens, and more recently systems that can detect a user’s physical movements. But none pose such a threat to the archaic modules than the gadget just released from the labs of Infinite Z.

ZSpace resembles something straight from a science fiction film. It uses augmented reality to create objects floating in space that the user can then pick up, move, and alter as if they were real. It does this using a custom-built 3D screen with super high resolution, passive (polarized) 3D glasses, and a laser stylus used to control it all.

What ZSpace brings is ease of use. It’s meant to move human-computer interaction to a more human level—closer to the way you’d pick up, move, and work with a physical object.

Kellenberger said they’ve been “rethinking the user interface,” and “within our stylus, there is a lot of technology that allows us to get precision.” He said moving forward, they’re working on additional tools to make the system even more natural—potentially replacing the stylus with gloves that let users work with digital objects.

The goal, Kellenberger said, is to reduce, as much as possible, the barrier between the user and their work. “If you see our system it’s quite unique, it’s quite natural. There’s no training. People pick it up quickly,” he said.

The glasses have built-in sensors that track the user’s movement. While looking at an object projected into the air from the screen, if you move your head you’ll be able to see it from different angles. This is done smoothly also—so you won’t tilt your head and have the image suddenly switch to a 2D shot of the object’s sides. Rather, as you look around it, you’ll see it in a natural looking space as if it were physically floating in the air.

Currently, the system is being used for 3D design work—and it’s ideal for this, since by using the stylus designers can work with digital objects floating in free space. Infinite Z is working with all four companies in the CAD 3D design software market, and Autodesk—the creators of CAD—is already modifying its software to work with ZSpace.

But if all goes according to plan, within the next five years, one of these could be connected to every computer and usable for all systems—from video games to medical research.

“The vision within the company would be to replace the mouse and keyboard and have one of these on everybody’s desktop,” Kellenberger said.

To make it even more accessible, the company released a software development kit (SDK) that will let companies create new ways to use the system—expanding its reach to new platforms.

While some companies discourage allowing the community to freely develop new systems for their software, Kellenberger said Infinite Z has embraced the concept. “We tend to be pretty open,” he said. “We’re not locked down and forcing people to go in any one, specific direction.”

He said that already, “There are uses people are bringing forward to us we didn’t even anticipate.”