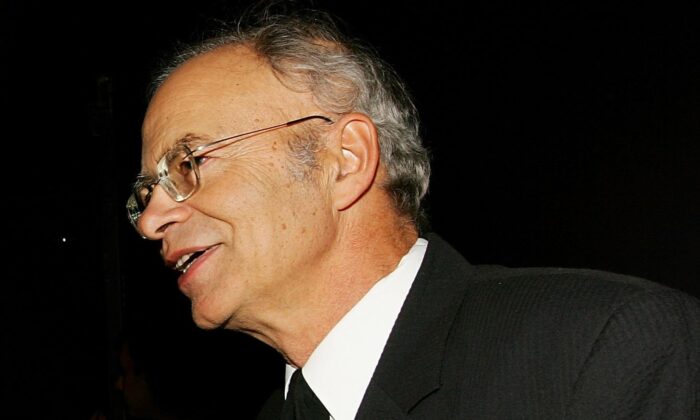 Princeton’s notorious bioethicist Peter Singer has been awarded the $1 million Berggruen Prize for Philosophy & Culture “for his widely influential and intellectually rigorous work in reinvigorating utilitarianism as part of academic philosophy and as a force for change in the world.”

The award is the most prestigious in the world of academic philosophy.

What a debacle. If we follow Singer’s philosophical prescriptions, the sanctity of human life will be destroyed, the Judeo/Christian ethic shattered, and the weakest and most vulnerable among us in danger of being killed and/or exploited for their body parts.

Yes, I know those are harsh words. But they are fully justified and can be proven from Singer’s own words:

Singer supports infanticide: Singer gained early fame by repeatedly promoting the propriety of killing babies when the child’s continuing life would cause suffering. For example, in “Practical Ethics” he wrote: “When the death of a disabled infant will lead to the birth of another infant with better prospects of a happy life, the total amount of happiness will be higher if the disabled infant is killed. The loss of happy life for the first infant is outweighed by the gain of a happier life for the second. Therefore, if killing the hemophiliac infant has no adverse effect on others, it would, according to the total view, be right to kill him.”

He also has written that killing babies with Down syndrome is fine.

“We cannot expect a child with Down syndrome to play the guitar, to develop an appreciation of science fiction, to learn a foreign language, to chat with us about the latest Woody Allen movie, or to be a respectable athlete, basketballer, or tennis player. … We may not want a child to start on life’s uncertain voyage if the prospects are clouded. When this can be known at a very early stage of the voyage, we may still have a chance to make a fresh start. This means detaching ourselves from the infant who has been born, cutting ourselves free before the ties that have already begun to bind us to our child have become irresistible. Instead of going forward and putting all our efforts into making the best of the situation, we can still say no, and start again from the beginning.”

“Detaching ourselves” and saying “no” is classic Singer passive prose for “kill the baby.”

Singer believes that being “human” is morally irrelevant: What counts morally to Singer isn’t being human, but a “person,” a status earned by, for example, being self-aware over time. In this view, some animals are persons—dogs, pigs, elephants, dolphins, chimpanzees—while some human beings—the unborn, infants, patients with severe brain injuries or dementia—are not.

Why does this matter? Because killing a human non-person would be of no greater concern than ending the life of a mackerel.

Singer expanded on his personhood-over-humanhood theme at a 2010 Princeton symposium, opining, “The position that allows abortion also allows infanticide under some circumstances. … If we accept abortion, we do need to rethink some of those more fundamental attitudes about human life.”

In fairness, given that abortion is legal through the ninth month for any reason in some states, Singer is merely taking that killing license to the next logical step.

Singer believes in Eugenics: The wicked goal of improving the human herd by selective breeding has been updated to the 21st century. Technological innovations such as genetic engineering and abortion based on the results of prenatal testing threaten to unleash a renewed eugenics with sharper teeth.

Of course, Singer is all in. When asked in a Salon interview if these and other such practices reduce babies to a “commodity” and whether that is “a problem,” Singer responded, “It would be a problem if you have a society divided along genetic lines, where the rich can buy the genes they want and the poor can’t. I don’t think that’s the society that would be best in promoting the happiness of most of its members. But I’m not convinced it would be a problem if these services were available to everyone.”

The interviewer then asks: “What if parents don’t want an ugly child?”

Singer sniffed, “If everyone had the opportunity to avoid having an ugly child, I don’t think I would have a problem.” So long, Abraham Lincoln and Mother Theresa!

Singer defended bestiality: Singer positively reviewed a book celebrating the history of bestiality and concluded that the proscription against sex with animals was merely a vestigial “taboo” from a more sexually repressed era. Indeed, he extolled a woman for being unconcerned at an orangutan trying to force her into sexual intercourse on the basis that, “We are great apes. This does not make sex across the species barrier normal, or natural, whatever those much-misused words may mean, but it does imply that it ceases to be an offense to our status and dignity as human beings.” In other words, bestiality is no more morally consequential than any two animals rubbing erogenous body parts together.

So, why did Singer receive such a prestigious award? The committee ignored the above and focused on Singer’s book “Animal Liberation,” which—for better and worse—launched the intense animal advocacy movements we see all around us today. There is simply no denying Singer’s influence in this regard.

Second, Singer advocates radical altruism. He acts on this belief by giving away large percentages of his own income. For example, he’ll donate half of his $1 million award to The Life You Can Save, a philanthropic nonprofit he founded to help the world’s destitute, with much of the rest going to groups opposed to factory farming.

That’s nice, I suppose, but so what? It’s the totality of a philosopher’s thinking and the prospective effect on society that should matter in awards such as this. I mean, if Singer supported racism, does anyone believe he would ever be so honored for his altruistic philosophy? Of course not. But Singer’s beliefs about the propriety of infanticide, the lower moral worth of so-called human non-persons, and other policies that would produce inequality—such as allowing the euthanasia of Alzheimer’s patients—reflect the same invidious bigotry as racism, just different victims.

And yet, regardless of the awful consequences that Singer-style utilitarianism would unleash, he’s the most celebrated philosopher of our time. Indeed, he was brought to Princeton from Australia to assume the world’s most prestigious chair in bioethics because of these views, not in spite of them. In a sense, then, this award is merely the cherry on the hot fudge sundae.

What does that tell us? The continual celebration of Peter Singer is just a symptom, not a cause. The real crisis we face is that our elites are morally corrupt and reject human decency.