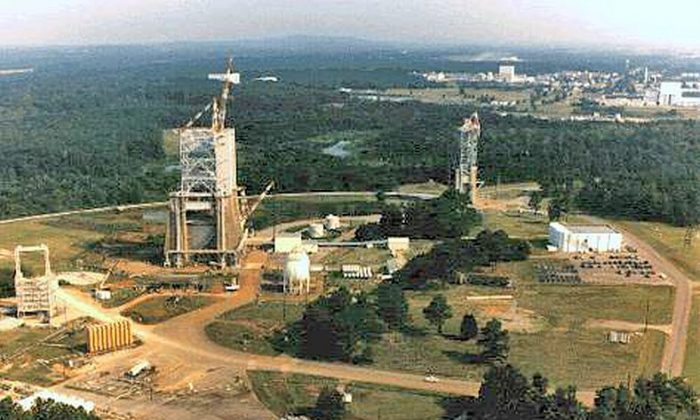 The Marshall Space Flight Center in Alabama (Public Domain)
US

HUNTSVILLE, Ala.—Authorities say a 7-month old child has died after being left in a parked vehicle outside NASA’s Marshall Space Flight Center in Huntsville, Alabama, as temperatures climbed into the 90s.

NASA spokeswoman Jennifer Stanfield said preliminary reports indicate that a parent intended to drop the child off at the facility’s childcare center Wednesday and instead went straight to work. Stanfield said the child’s parent is a NASA employee.

Al.com reports the child was found around 4:45 p.m. Wednesday.

Stanfield said in a statement that federal authorities will investigate the death since Marshall Space FlightCenter is on Redstone Arsenal, a federal installation.

The National Weather Service recorded a high temperature of 94 degrees at 3:39 p.m. Wednesday at Huntsville’s airport.

“This is a tragic situation for all of Team Redstone,” Col. Tom Holliday, Garrison Commander, told WHNT. “We extend our deepest condolences to the family and offer them all of our resources during this most difficult time.”

“This is a tragic situation and our heartfelt thoughts and prayers go out to the family,” said May. “The Marshall community is a family and I know this team will pull together to support one another in this difficult time.”