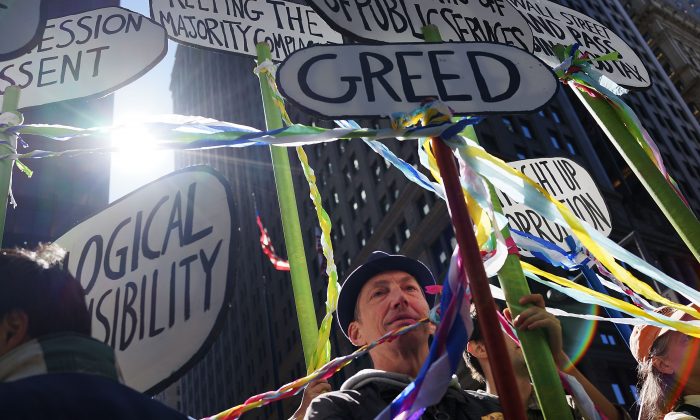 Inequality and the Nature of Capital: A Reminder

Despite the recent economic crises that hit so suddenly and surprised experts, economists still hold sway with the media, policymakers, and business leaders. Thomas Piketty’s book, “Capital in the Twenty-First Century,” has made waves not just in the rarified world of economics but as a bestseller among the general public.

His argument is that the “normal” state of capitalism is one where the rate of return on capital exceeds economic growth, therefore allowing high rates of inequality to persist over the long run. Just about every self-respecting intellectual in the Western world has felt the need to respond, and opinions have divided fairly predictably along ideological lines. Piketty hit the headlines a second time after various experts called into question the accuracy of his underlying data.

The analysis focuses on whether Piketty is right or wrong. Few have asked the more important question of whether he simply missed the point.

For something named “Capital in the Twenty-First Century,” the book is rooted in the very 20th-century notion that what happens in the West exclusively shapes the world and its future. It goes without saying that much of the book’s success is because inequality is the intellectual flavor of the month in the West. Considering the shock and fervor of these discussions, one could almost be forgiven for assuming inequality is a phenomenon only recently discovered. Perhaps that’s the case for many in the West.

But for the rest of the world, much of which has experienced the truly heinous inequalities associated with the colonialism that so enriched the West, the discussion is old hat. Many countries are only recently recovering from the effects of plundering, destruction of social and cultural institutions, and resource extraction. Ironically, the realm of finance now labels these nations as “emerging markets.” And yet Piketty’s analysis is framed exclusively by Western historical experience and thus unfortunately ignores the context in which Western wealth creation occurred, despite the fact that many seek to perpetuate and emulate it today.

For this reason, one suspects that if someone were to ask Narendra Modi if he agrees with Piketty’s analysis, India’s new prime minister would likely say it is irrelevant to him and to India. For that matter so would Xi Jinping, China’s top official, and Joko Widodo, the front-runner as president of Indonesia—and there you have the leaders of almost 3 billion people.

Piketty, like every other economist, seeks to explain the world with reference to economic capital alone while ignoring the mother of all capitals—natural capital. This is a rejection of the scientific evidence on the state of the world.

In a world subject to the laws of nature, the hierarchy of capitals is as follows: First is natural capital, which is the stock of natural assets including water, air, flora, and fauna, geology, soil, and more. Natural capital provides the stock of ecosystem services, on which human life depends and which is the basis for all production.

Then, there is human capital, concerning the welfare of human beings and our wellness, health, ideas, motivation, and creativity—all of which are vital to productive work.

Third, there is social capital, which is less about one’s standing among peers and more about the institutions that allow people to realize their potential including education, law and order, health care, and the various family, community, and religious organizations.

Only after all of this do we come to economic capital, the least important of the four. It is far easier to live without your stock options than it is without your water supply, health, or law and order. In fact, economic capital has no intrinsic value, but is important only as a means of trading or owning the other types of capital. A world where cash, bonds, stock, and other financial instruments were all that existed would be a world where the sum total of wealth was zero.

This is why the true problem with the current model of capitalism is not that some people have too much economic capital and others too little, but that our economic model not only allows for but thrives on what is essentially a collective free ride on the back of natural capital.

Addressing inequality in developing countries, not the West, while at the same time sustainably managing natural capital, will therefore be the defining challenge of the 21st century. That the billions in India and China live in crowded poverty compared to the prosperous West is something their governments must act on.

What is often ignored is the most acute form of inequality around, that which exists between those at the bottom of the economic ladder and those not on the ladder at all—that is, the hundreds of millions around the world who lack access to even the most basic resources like housing, secure and safe food, clean water, and basic sanitation. Because these people are not even part of the economic system—they are, quite literally, disenfranchised—their complaints are not heard on Facebook or Twitter. Helping them is not a matter of increasing economic capital but rather protecting and equitably distributing natural capital.

By underpricing natural capital and externalizing the costs of problems such as soil degradation and carbon emissions, as well as keeping some of our most valuable resources such as clean air and water free in the name of economic growth, governments promote massive consumption in the short term. But in the long run, the inevitable outcome is a depletion of the planet’s resources, making sustaining ourselves increasingly difficult and creating social unrest as billions of people are denied access to the basic resources that are everybody’s right.

To give just one example, Burma is now one of the world’s hottest markets. It also has one of the worst rates of deforestation in the world, losing 20 percent of its forest cover between 1990 and 2010. Those who actually live there, however, have little say in the fate of the ecosystem services such as forests they depend on, which are under threat in the name of attracting foreign investment and generating economic capital.

So long as policymakers continue to see the world through the lens of economic capital alone and focus only on technical indicators like the Gini coefficient, the damage done to human, social, and natural capital will go unnoticed. This makes moving in the right direction impossible. The truth is that even a far more equitable form of capitalism that promotes consumption and short-term growth over proper management of natural capital will result in disaster. Ever rising carbon emissions and the associated effects climate change are proof of this.

Piketty’s key recommendation is a global wealth tax that would take from the rich and provide for the poor. By now it should be clear that the redistribution of economic capital alone would be akin to more equitably distributing the silverware at a dinner table without any food.

A more farsighted solution would be a hefty tax by the state on access to natural resources so that economic growth is no longer based on polluting water supplies, degrading arable land, or producing cheap and unhealthy food—all with literally no financial consequence. To have a fighting chance at addressing the root cause of global inequalities, the first step is to stop looking in the wrong place.

Chandran Nair is the founder and CEO of the Global Institute For Tomorrow (GIFT). He is the author of “Consumptionomics: Asia’s Role in Reshaping Capitalism and Saving the Planet” and the creator of theotherhundred.com. © 2014 The Whitney and Betty MacMillan Center for International and Area Studies at Yale.