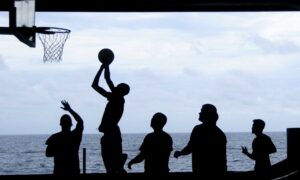 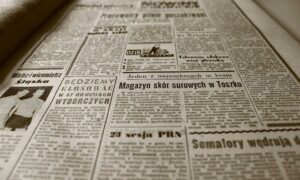 Why Are They Capitalizing ‘Black’?
0 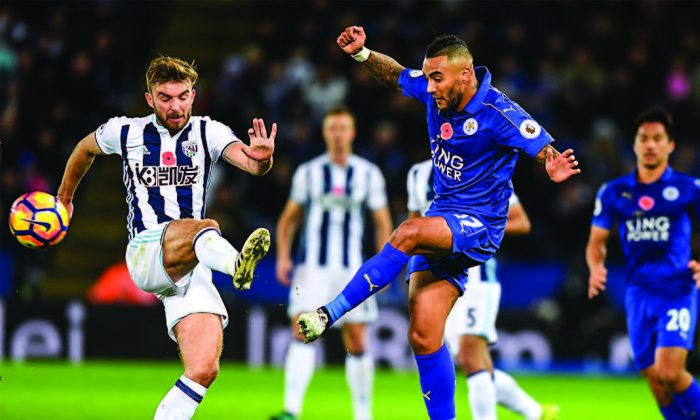 The team West Bromwich Albion (L), which is being sponsored by K8.com, an online casino company, plays against Leicester City during a Premier League match in Leicester, England, on Nov. 6, 2016. (MICHAEL REGAN/GETTY IMAGES)
Viewpoints

Inequality and Competition Go Hand in Hand in European Soccer

It all depends on expectations

According to conventional wisdom, America is the land of individualism and capitalism while Europe tends to be more egalitarian and socialist. But there is at least one topic that would make many members of the Tea Party sound like they participate in Occupy Wall Street—the role of money in sports.

Imagine for a moment the horrified reaction of many Americans if a sports-gambling website paid the New York Yankees a hefty sum of money to prominently display their logo on the front of the team’s jerseys. This happens all the time in European soccer, where corporate logos on jerseys have long been the norm and gambling websites on jerseys have recently been the norm, at least in the English Premier League.

Europeans seem more comfortable than Americans with the role of money in sports, and the contrast runs far deeper than logos and sponsorship. While Americans support salary caps, revenue sharing, and rules restricting the mobility of workers, all in the name of competition, Europeans have accepted that a small number of rich clubs will be able to sign the best players and win virtually every championship.

American teams have one all-ornothing goal to aim for, while European teams have a series of accomplishments, some more or less attainable than others.

The 32 teams in the National Football League (NFL) pay their players average salaries between $2 million and $3 million. This is not a market outcome. It comes from multiple layers of negotiation among teams that would be illegal in other industries and sometimes contentious dealing with the NFL players’ union. But the result, dear to the hearts of most American sports fans, is equality. Since 2000, 11 different teams have won the Super Bowl.

Let’s compare this to European soccer. The average salaries paid by the 20 teams currently in England’s top-flight Premier League range from $1.3 to $6.8 million, and since 2000, the top four teams on that list (Manchester United, Manchester City, Arsenal, and Chelsea) have won all but one Premier League title.

Leicester City’s 2016 win is widely considered one of the largest upsets in the history of world sports. In Spain’s La Liga, giants Barcelona and Real Madrid pay players average salaries of over $8 million, while Levante at the bottom of the list pays about $640,000. Not surprisingly, Barca and Real have won the Spanish League 14 of the 17 years since 2000.

Why does this vast inequality not ruin competition in European soccer? Why do Levante’s fans buy tickets when they know they have next to no chance of winning the league? The answer lies in the very different structures of American and European sports.

Almost all team sports in the United States are structured around a long regular season, which determines placement in a postseason tournament that yields a champion. Winning this tournament is all that matters. Having the best record during the regular season is respected, but it isn’t remembered.

For those used to the American format, European soccer can seem confusing. Each country has a top-flight domestic league: The 20 or so teams mentioned above. Winning the regular season is a mission unto itself, perhaps each year’s greatest domestic honor.

But there are several more trophies teams seek to win, including multiple elimination tournaments that happen concurrently with, rather than after, the regular season. And then there’s the Champions League, where the top two to four teams from the previous season from each country play for dominance in Europe.

But here’s the real kicker (pun intended): The teams in each country’s top-flight league change with time. Typically, the bottom three teams each year are relegated to a lower division while the top finishers in this lower division move up. And there are many divisions in this hierarchy, not just two.

While explaining all the nuances of this system could be a dissertation unto itself, the takeaway is that American teams have one all-or-nothing goal to aim for, while European teams have a series of accomplishments, some more or less attainable than others.

The wonderfully named English club Brighton and Hove Albion, founded in 1901, rose to the top-flight Premier League for the first time this year. Its fans were obviously elated, and if they win (or tie) enough matches to remain there, the season will be one of the most memorable for fans in the team’s history.

Meanwhile, powerhouse Manchester City is running away with this year’s English Premier League Championship, but the race for second through fourth places (which yield next year’s Champions League spots) is followed closely. This all may sound like participation trophies to Americans, but it enables a system of competition at many levels that requires far less artificial intervention to make teams equal.