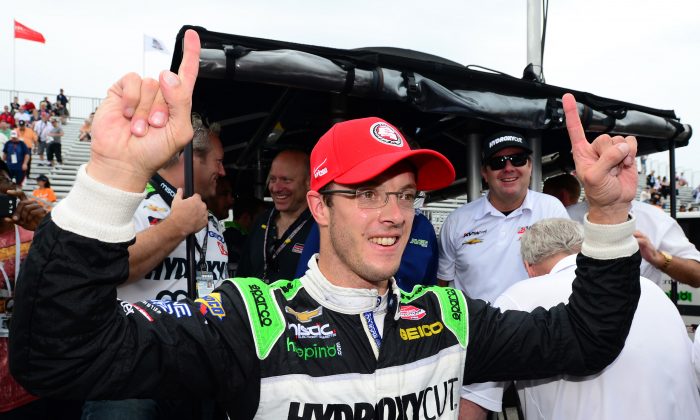 IndyCar Toronto One: Bouirdais Is Back!

Despite having won 31 IndyCar races before this one, Bourdais was at a loss for words during the podium interview.

“I am a bit speechless, to be honest,” he told NBCSN.

“It is the kind of race you don’t want to lose and it went perfect from green to checkered flag.”

Bourdais thanked his team and gave the car credit for the win.

“It was a pretty dominant performance from my machine. We knew we had the pace after qualifying, but we didn’t know how it would be on a really long run and tire wear. It was it was back to the old ways, and we made it stick today, I really couldn’t be any happier.

“Thanks to my fans over all these years—it’s been six years, man, just like yesterday for the pole, and it is darn sweet.”

Bourdais won four consecutive championships from 2003–2007, then headed to F1 and sports cars. He returned to IndyCar in 2011, but couldn’t find his form. The 35-year-old Frenchman struggled with substandard equipment and streaky driving; he made several strong runs and also several inexplicable errors, rarely reaching the podium.

Bourdais’ best results came at Toronto in 2013, where he finished second and third in that double-header. He moved over to KV Racing for 2014, bringing with him his knowledge of how to make the most of the track. Exercising that knowledge in the best car than he had had since returning to the series, Bourdais finally finished ascending the podium.

Bourdais was fast all weekend, he won his first pole position since 2007 on Saturday; the race was rained out and postponed to Sunday morning. Bourdais didn’t seem to mind; he led almost the entire race, running second for a few laps which Simon Pagenaud led due to being on a different pit strategy.

Helio Castroneves of Penske Racing finished second, preserving his points lead. He was helped in this by Andretti Autosports’ Ryan Hunter-Reay, who tried to force his way past second place finished Tony Kanaan of Ganassi Racing in Turn Three. RHR bounced of TK and hit the wall hard enough to end his race, though he will be back for the second half this afternoon.

This dropped Hunter-Reay from third to fourth ion points, behind Simon Pagenaud of Schmidt Peterson Motorsports.

Will Power, second in points, had to start from the back after crashing in the rain Saturday afternoon before the race was postponed. he fought his way back to tenth but fell further behind his teammate Castroneves in championship points.

IndyCar will run the second half of the double-header at 3 p.m. Eastern; the race will be broadcast on NBCSN, with live timing and scoring on IndyCar.com.