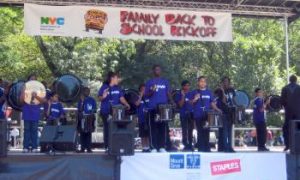 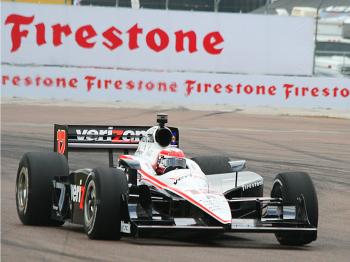 Will Power will start on the pole for the 2011 IndyCar Honda Grand Prix of St. Petersburg. (James Fish/The Epoch Times)
Motorsports

This is Power’s third pole of the season, in three races, yielding one win so far. Defending race winner Ryan Hunter-Reay will start second.

“Man, the competition is just so tough. Hunter-Reay is unbelievable around this place,” Power told Versus TV. “He won last year. He’s going to be tough in the race, having him right next to me there. I’m going to have to work hard tomorrow.

The course at Long Beach, converted temporarily from public roads is notorious for being tough for passing, giving Power the advantage, but with Hunter-Reay right on his heels and waiting to capitalize on the slightest bobble, Long Beach will surely not be a relaxing race for Will Power.

“We finished on the podium the last two years here, and I want to get that top step, so, let’s see if we can get it all done.”

There has been much conversation about double-file restarts at Long Beach, where a wide start zone funnels quickly into a very narrow corner. Power didn’t seem worried.

“You know these double file restarts and all that—we’ve just got to be smooth and clean I think everyone’s learning how to deal with that, so we should be better this weekend,” he said.

Ryan Hunter-Reay came close to winning the pole but a bobble in the last corner held him back.

“I am so disappointed,” Hunter-Reay told Versus. “We had the lap there, the last lap—I was up a tenth of a second. I knew what the target was and I was close to good enough to getting it.

“I knew Will was still out there circulating so I just went for it. I went for all or nothing and got the speed through [Turn] Nine but Ten, I cooked it in there too hard, broke the rear of the car loose and had to catch it; the lap was done.

“It’s so much fun when you’re mixing it up back and forth like that in qualifying. Unfortunately I think today was my best ever shot at pole. Hopefully we’ll do it in Brazil” [the next race on the schedule.]

Behind Hunter-Reay will start his teammate Mike Conway, half a second slower. Justin Wilson, driving for Dreyer & Reinbold, will start fourth, followed by Penske’s Helio Castroneves, nine-tenths off the pace.

Oriol Servia of Newman-Haas Racing, rounds out her Firestone Fast Six, 1.2 seconds behind Will Power.

The race will be broadcast on Versus.