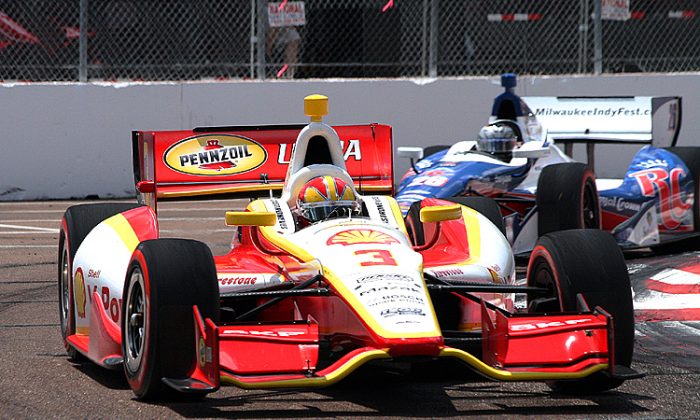 “We are proud of the on-track product we provided in 2012,” said IndyCar CEO Randy Bernard about the new schedule, according to Indycar.com. “From the drivers to the new car, we demonstrated that the IZOD IndyCar Series is showcasing the best racing in the world.

“It is important to provide opportunities to generate additional exposure for our sport by expanding our racing schedule, and we feel that our 2013 schedule will certainly challenge the fastest, most versatile drivers in the world with a strong mix of ovals and road and street courses, cumulating in 19 races.”

The season starts as usual with the Honda Grand Prix of St. Petersburg on the streets of St. Petersburg, Fla. on March 24 and ends with a 500-mile race at Fontana, Calif. as it did in 2012. There are six oval races including three 500-milers, eight street circuits for ten events, and only three road courses.

Detroit, Toronto, and Houston will hold two full-length street races on a Saturday and Sunday of the same weekend. This is an interesting scheduling choice, given the abuse street courses normally dish out to machinery. Houston hasn’t been on the schedule since 2007.

Sao Paulo’s popular street race returns to the schedule, as do Long Beach and Baltimore.

Along with Indianapolis and Fontana, Texas Motor Speedway, the Milwaukee Mile, Iowa Speedway and Pocono—off the schedule since 1989, but a fan favorite in its day—will host oval races.

This gives the series a good variety of oval tracks: two superspeedways, the high-banked 1.5-mile Texas track, the flat mile at Milwaukee, the sub-mile Iowa circuit, and the triangular 2.5-mile Pocono track.

Barber Motorsports Park, Mid-Ohio, and Sonoma are the only natural-terrain road courses on the schedule.

The Triple Crown comprises the Indy 500, the new 500-mile event at Pocono, and the season finale at Fontana. Any driver winning two of the three Triple Crown races earns a $250,000 bonus, and if he or she wins all three, the prize is one million dollars.

The full schedule is online at http://www.indycar.com/Schedule.