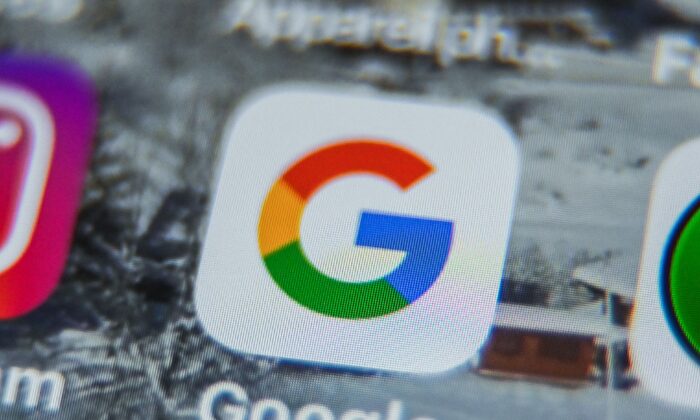 Amid multiple investigations and lawsuits against big tech companies, many in the tech industry continue to voice concern over the size and scope of the power of sites like Google and Facebook over data and information.

“No single attorney general can properly hold Google or Facebook or any of the largest companies in the world accountable — and many have tried, and some have minor wins and changes they’ve been able to effect,” Zach Edwards, the chief data architect of Meta X, told The Epoch Times. “But the reality is that big tech just pushed too far — they’ve done too little to change their behavior, done too little to create real competition, and many of them have long histories of anti-consumer behavior.”

The attorney general of California announced last week that he is investigating privacy practices by Facebook and has filed a lawsuit over the company’s reported failure to provide information and requested documents.

“Facebook is not just continuing to drag its feet in response to the Attorney General’s investigation, it is failing to comply,” read the lawsuit, according to the Associated Press.

In September, 48 states’ attorney generals, as well as those of Puerto Rico and Washington, D.C., filed a lawsuit against Google for “potential monopolistic behavior.” California and Alabama were the only states that did not join the suit.

The investigation, led by Attorney General Ken Paxton of Texas, followed accusations from President Trump that Google and other tech companies have suppressed the voices of conservatives on their platforms.

“California has the California Consumer Privacy Act, and many other aggressive tactics they are taking independently against big-tech, so it’s possible they also had their own agenda and just preferred to sit out,” Edwards said of California’s possible reasoning for sitting out of the Texas-led lawsuit.

The probe joins ongoing investigations led by the Justice Department against Google, Facebook, Twitter, Apple, and Amazon for potentially violating anti-trust law. The European Union also fined Google $2.7 billion in an antitrust lawsuit back in 2017.

Greater concerns about privacy and user information on platforms such as Google and Facebook arose following last year’s Cambridge Analytica scandal with Facebook. Many expressed concern about privacy, user data, and data leaks, with many users deleting their accounts as a precautionary act.

Space X and Tesla CEO Elon Musk deleted the accounts for both companies, while banking institutions like the Italy-based Uni Credit, stopped advertising and marketing on Facebook. The Federal Trade Commission voted to approve a $5 billion fine against Facebook in July to settle an investigation into the scandal.

Edwards also warns that a new policy, known as “scraping,” which was approved last year by a federal circuit court, could be detrimental to user privacy.

“It’s now legal to scrape social networks for information — and could be protected under the first amendment. Personal data that you put on any public webpage, can be scraped and saved. Basically, it’s worse than you think — and bad enough that all the companies have it, but apparently anyone with a little python experience and a web scraper can start to build a user database from scraped data,” he said.

With big tech being flanked from all sides, Edwards says that the investigations may be only the beginning of a major public pressuring against the largely unregulated industry.

Meta X is a company that monitors the global data supply flow with the stated goal to “provide an opportunity for regular people to help fix the internet and clean up data privacy problems and costly data leaks.”

Ian Henderson
contributor
Follow
Ian Henderson is a contributor to Shield Society, former director of outreach for The Millennial Review, and former development coordinator for PragerU.
More articles from this author
Barak Lurie’s ‘Rise of The Sex Machines’ Criticizes the Hyper-Sexualization of Modern Society
sharecomments
California’s Independent Contractor Law Battle Heats Up
sharecomments
What is Causing the Mass Exodus from Public Schools to Charters and Homeschools?
sharecomments