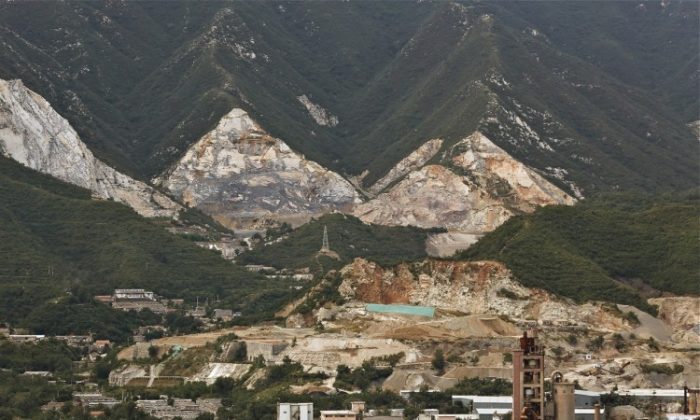 China’s stagflation, that is, high inflation and low growth, may create social turmoil if it drags on, according to experts on the Chinese economy. On Oct. 14, headlines across China highlighted new data from the National Bureau of Statistics, showing an increase in the consumer price index (CPI) and a decrease in the producer price index (PPI).

Dr. Frank Xie, who teaches business in the University of South Carolina Aiken told Sound of Hope, “A tumbling PPI indicates that the productivity of China’s enterprises and industries is declining. The increase of the CPI is not surprising. In the past six months, the CCP seemed to have been under-reporting the CPI. The CPIs published by the Chinese government are very different from that published by non-governmental institutions. The government intentionally lowers the reported CPI in order to leave room for printing more currency and to promote future stimulus plans.”

Xie estimated that if the current economic conditions continue, pressure could build.

He said, “The unemployment rate may increase after the 18th Party Congress because we know that actually the CCP has given orders that enterprises cannot fire people before the Congress … it is possible that China may experience major turmoil.”

As for the current rising prices and stagnation of industrial development, Xie said, “Since the global economic crisis started in 2008, China’s stimulation policy to print money and large scale investment in construction has created inflation. When we look at it now, because of China’s sluggish internal demand, with the decrease of exports and large scale, repetitive and wasteful investments, the economy has entered a phase of decline and stagnation. It has hit a hard landing. The CCP has no way to revive the economy. It can only stimulate it by printing more money. While they print, they are also afraid that stimulating inflation will incite unrest among the people, so in reality it is in a situation where it can neither move forward nor withdraw.”

Some experts are not optimistic about approach of printing more money. Cheng Xiaonong, former aide to reformist Party leader Zhao Ziyang, told The Epoch Times that, to stimulate the economy the CCP has printed money to the tune of 200 percent of GDP.

Economic commentator Caoan Jushi, also the Vice Chairman and CEO of Pan-America Capital, Inc. told The Epoch Times that China’s overall economy is sagging. He said there is a consensus that China economy is sputtering, which will possibly lead to a hard landing.

Yuanpei Industry Information, a major industry information provider in China, attributed the decline in China’s producer price index (PPI) to a decrease in economic activity, and a failure to curb the economic slowdown.

China’s second quarter Gross Domestic Product (GDP) growth was 7.6 percent. The third quarter GDP is yet to be announced, but some experts, including consultant Chen Hewu from Adfaith Management Consulting in Beijing predicted that the downward pressure of China’s economy is still dominant and the new economic data will not show improvement.

Yi Gang, Deputy Governor of the People’s Bank of China (PBC) said at the International Monetary Fund (IMF) on Oct. 14 that the central banks of many countries are promoting the policy of Quantitative Easing (QE). He said the PBC will decide upon a monetary policy based on China’s conditions. Chen Hewu said he believes information recently leaked information by PBC’s management team hints that the regime’s monetary policy may be leaning towards QE.

A Oct. 16 report by Caijing, a well-known financial magazine, also predicted that after the 18th Party People’s Congress in November, a new round of economic stimulus policies will be released between November of this year or March of next year.