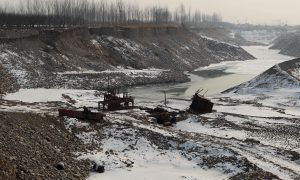 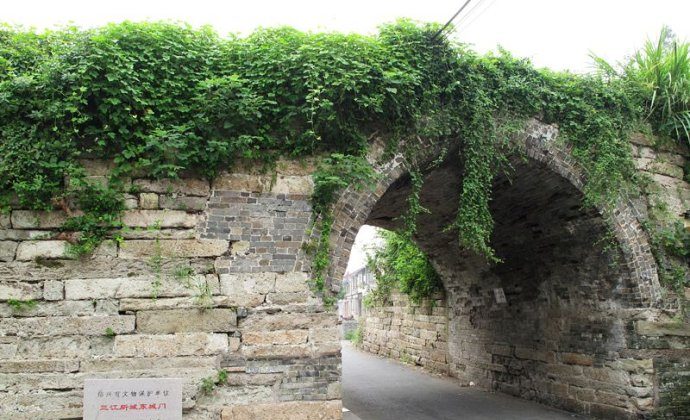 An ancient Chinese village that had been standing since the 14th century will be leveled and its residents evacuated by the year’s end—an outcome of severe industrial pollution.

In the early Ming Dynasty the defensive fortification was built in what is today Zhejiang Province, eastern China, to keep out marauding Japanese pirates. The fort was eventually turned into a civilian residential area—Sanjian Village—and is now home to over 1,700 households or 5,000 people in Shaoxing City.

But the local government has decided that the historical site must go as part of a local economic plan, and also because local villagers have been asking to relocate for over decade.

As it turns out, the over 3,800 pollution-emitting factories and plants in Shaoxing City have turned Sanjian into one of China’s many “cancer villages” —villages surrounded by chemical or coal-burning plants that spew noxious fumes and heavily pollute the water, air, and land in the area. Although Chinese media has used the term “cancer villages” as early as 1998, the Chinese regime only officially acknowledged the phenomenon in 2013.

Young people have fled Sanjian Village, and only migrant workers and the elderly are left.

Retired doctor Lin Zhangmu estimates that about 80 people in Sanjian Village have died of cancer as of April 2014, World Journal reports.

Local officials said the demolition will cover 200,000 square meters (21,528 square feet) and cost 1.6 billion yuan (about $258,000), including 1 billion yuan compensation to the residents. World Journal notes that it is doubtful if the compensation money will end up in the pockets of the Sanjian villagers, given Chinese officials’ reputation for embezzling such funds.