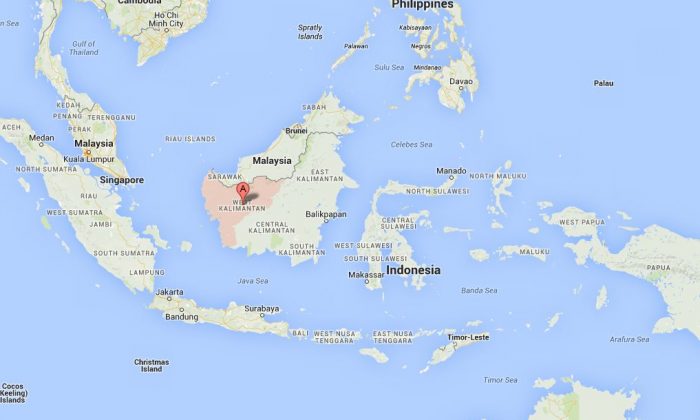 The search for missing AirAsia Flight QZ-8501 will expand to land on West Kalimantan province, it was announced Monday.

It comes as Jakarta’s Air Force base commander Rear Marshal Dwi Putranto said an Australian Orion aircraft had detected “suspicious” objects near Nangka island about 100 miles (160 kilometers) off central Kalimantan. That’s about 700 miles (1,120 kilometers) from the location where the plane lost contact, but within Monday’s greatly expanded search area.

“Based on the coordinates that we know, the evaluation would be that any estimated crash position is in the sea, and that the hypothesis is the plane is at the bottom of the sea,” Indonesia search and rescue chief Henry Bambang Soelistyo said.

The airplane disappeared early on Sunday morning with 162 people on board.

AirAsia Indonesia has received confirmation from The National Search and Rescue Agency Republic of Indonesia (BASARNAS) that an international search and rescue mission from Indonesia, Singapore and Malaysia has been mobilized in the search of flight QZ8501. The mission in Surabaya has resumed today at 06.00 AM LT (GMT+7).
AirAsia Indonesia continue to support these efforts and has been actively cooperating with the search and rescue authorities.